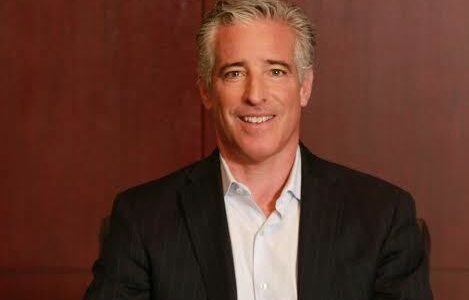 Gary Sheinbaum, former chief executive officer of Tommy Hilfiger Americas, has been named CEO of Ashley Stewart, the leading fashion retailer of apparel, intimates and accessories for women sizes 10 to 36.

He succeeds James Rhee, who left the company last July.

Sheinbaum, who spent more than 25 years at Hilfiger, was responsible for guiding that brand through numerous stages of growth and transformation with product innovation, digital initiatives, expansion of wholesale partnerships and novel customer experiences.

Chris Larson, Ashley Stewart board director, said: “As one of the apparel industry’s most skilled, accomplished, experienced and respected leaders, we know Gary will take Ashley Stewart to the next level and beyond as the preeminent brand that delivers uncompromising style, fashion, confidence and empowerment of the Ashley Stewart customer.”

Ashley Stewart, which was founded in 1991, has 83 stores across the U.S. as well as e-commerce. The brand has made a comeback after filing for bankruptcy in 2010 and 2014. Ashley Stewart is owned by Monroe Capital, a Chicago-based asset management firm. Sheinbaum reports to the board.

“I was drawn to the opportunity to lead Ashley Stewart at this important time in the company’s development. Ashley Stewart has uniquely passionate and loyal customers and an authentic brand, making it well-positioned for significant expansion in the growing plus segment,” Sheinbaum said.

The Year of Ox Capsules Collections

The women’s plus-size apparel market was valued at $9.8 billion in 2019, according to Statista, a market research firm.

Sheinbaum was named CEO of Tommy Hilfiger Americas in September 2014. In his role, he led the North American business and oversaw Tommy Hilfiger’s Latin America operations. Earlier, he served as CEO of Tommy Hilfiger North America beginning in 2009. Since joining Hilfiger in 1995, he worked in various capacities including president of specialty retail, president of retail development for the U.S. wholesale business, and group president, North America for outlet, specialty retail and e-commerce. Before joining PVH Corp., Sheinbaum was president of J. Crew Retail for five years. Earlier, he was the managing director of the Ralph Lauren flagship on Madison Avenue and 72nd Street. He began his career at Macy’s New York, in a variety of store line and buying positions.

Sheinbaum fostered a wholesale partnership with Macy’s that reignited the brand in North America in the early 2000s. The exclusive North American deal with Macy’s ran from 2007 to 2019. He also oversaw the development of Tommy Adaptive, the first global brand to create collections for people with disabilities, and expanded it into leading retailers including Amazon, Zappos and Macy’s.

Asked why he wanted to leave Hilfiger and take on this new role, Sheinbaum told WWD: “The reality is not so much wanting to leave Tommy because I loved every minute of my 25-plus years there. It’s an amazing company and when PVH bought us, it was an amazing marriage. But, at this stage of my life, it started to hit me that I really wanted a new challenge and a new opportunity to build and grow a new company.” He said he wanted something that has a purpose to it, that can make people’s lives better and serve consumers in ways they haven’t been served. Kirk Palmer, the New York-based executive search firm, handled the search.

Over the years, Ashley Stewart has had its ups and down, he said. “It feels like to me that this is the right time. The world is opening up more and more to inclusion and diversity and plus [sizes] has been underserved and quite honestly, not very well served.” He noted that Hilfiger has done plus sizes, but it hasn’t been a big focus.

According to Sheinbaum, the Ashley Stewart brand “has such a sincere and authentic engagement with its customers.”

“There’s this really uniquely passionate customer who’s really loyal. That excited me, too. I want to build on that and create more customers and more fans of the brand,” he said. The business is completely direct-to consumer (it’s been about 50 percent e-commerce, but that’s had even more growth during COVID-19). At present, there is no wholesale business. “Not yet,” Sheinbaum said.

“As the world normalizes, I think e-comm will be the biggest growth engine for awhile and that’s where I’m putting a lot of investment and energy, but I do think there will be store opportunity down the road as well,” he said.

In Sheinbaum’s opinion, the brand is positioned at a good price-value proposition. He sees an opportunity to build more key items and essentials into the mix. In addition to its own label, Ashley Stewart has collaborated over the years with a host of brands, including La La Anthony, Dubgee by Whoopi Goldberg and Kendall + Kylie, as well as Fila and Champion. Today its top four brands are Fila, La La Anthony, Champion and Bebe.

As for his immediate priorities, Sheinbaum said they’re doing significant market research and consumer insight work. “I always start with who’s the customer we have, what does the competitive landscape look like? Where’s our opportunity for share of wallet and to gain market share and to get profitable growth?” He said between mid-March and April he should have that data.

“I certainly see opportunities in upgrading and elevating the e-comm site and the stores that we have, both in terms of product and how we show up in terms of presentation. I’m definitely in year one, investing in marketing and creating more brand awareness because we want to get more customer acquisitions over time, and as we start to build the marketing and brand equity and understand this customer we have, I do see some interesting opportunities in all digital business, pure party pure play and wholesale,” he said.

Sheinbaum said the retailer had to dial back its in-store events, which has been a popular way of engaging with their customer at Ashley Stewart, during COVID-19. But these should resume once the pandemic is over.

While he was at Hilfiger, Scheinbaum originally reported to Daniel Grieder, the former CEO of Tommy Hilfiger Global, and then in the last year, reported to Stefan Larsson, president of PVH Corp. While he didn’t report to Martijn Hagman, global Hilfiger CEO, he worked closely with him, he said. “In running the Americas, I had a lot of autonomy, but it was nice to have the support,” Sheinbaum said. In November, Avery Baker was brought in as president and chief brand officer, based in Amsterdam, but Sheinbaum said he didn’t report to her.

According to PVH, “He [Sheinbaum] has been a highly appreciated and respected leader within our North American organization and together with his leadership group, he helped guide the brand through numerous stages of growth and transformation. We wish Gary tremendous success in his new endeavor.” A search for Sheinbaum’s successor at Hilfiger is underway.

Among some of the growth opportunities for Ashley Stewart would be international expansion and further developing such categories as athleisure, foundations and denim. “We have great fashion denim, but not enough people know about it,” Sheinbaum said. Ashley Stewart also has a brand called Curvy Girl, which appeals to a younger customer. “It’s very underdeveloped and we own the brand,” he said. He said he’ll be looking at younger and cooler brands to reach that customer.

At present, its denim is only under the Ashley Stewart label. He would like to build up the denim and whole lifestyle business, and eventually bring other brands into the mix.

He also plans to invest in digital and social media. The brand, which is known for fashion approach, color, prints, patterns and silhouettes, is aimed at women 24 to 49. Ashley Stewart, which employs 900 people, is headquartered in Secaucus, N.J. Sheinbaum declined to reveal the company’s volume. The retailer works with a several hundred vendors in New York and Los Angeles, developing products, which are produced overseas.