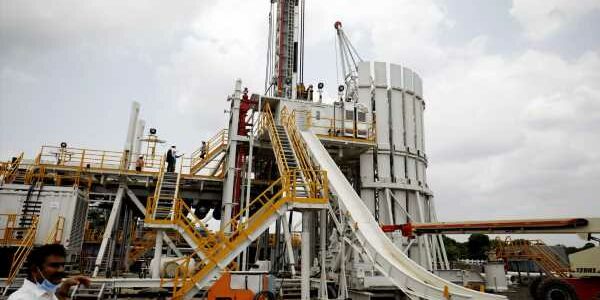 Every 10 per cent rise in crude oil price will shave off around 0.2 percentage point (pp) from India’s GDP growth and widen the current account by 0.3 per cent, says Nomura. The ongoing geopolitical crisis between Russia and Ukraine will impact Asian economies, but the impact will be polarised across the region, said analysts at Nomura in a recent report. The negative impact on Asia, they believe, is predominantly because most economies are net oil importers, and food and energy accounts for nearly half of the consumption expenditure in EM Asia.

Although the ongoing geopolitical tensions between Russia-Ukraine can hurt Asia through multiple channels, such as tighter global financial conditions, elevated uncertainty and the risk of weaker global demand, higher commodity prices, especially oil, are the most important transmission channel.

“A sustained rise in oil and food prices would have adverse impacts on Asia’s economies, manifested through higher inflation, weaker current account and fiscal balances, and a squeeze on economic growth. In such a scenario, India, Thailand and the Philippines are the biggest losers, while Indonesia would be a relative beneficiary,” wrote analysts at Nomura in the co-authored report.

As regards India, every 10 per cent rise in crude oil price, Nomura said, will shave off around 0.2 percentage point (pp) from the GDP growth and widen the current account by 0.3 per cent. This, it believes, could add to growth uncertainties, as the country navigates an uneven recovery, and counters near-term tailwinds like higher public capex, services normalisation and easy financial conditions.

Inflation projections, too, rise in tandem with flaring oil prices and typically a 10 per cent rise in crude oil fans 0.3-0.4 pp rise in headline inflation. According to Dr. Soumya Kanti Ghosh, group chief economic adviser State Bank of India, there appears to be an upside risk of 90-100 bps to RBI’s inflation of 4.5 per cent for FY23 if oil price averages to $90/barrel; and 100-130 bps upside if oil price averages to $100/barrel.

On Thursday, crude oil prices shot past $100 a barrel mark for the first time since 2014 to hit a high of $105 a barrel — up 21 per cent in the past one month alone. Meanwhile back home, the government has kept auto fuel (petrol & diesel) prices unchanged since November as a populist measure given the impending assembly elections across five key states.

“The recent crude oil spike could result in Rs 6-8/liter hike in auto fuels, once the state elections get over in early March. These hikes would add about 30-40bps to the CPI. Potentially higher CPI might drive the Reserve Bank of India (RBI) to change its dovish stance over the next one-two quarters,” wrote Mahesh Nandurkar, managing director at Jefferies in a co-authored note with Abhinav Sinha.

Those at Nomura, too, expect around a 10 per cent hike in petrol and diesel prices post the state elections. The hike in LPG prices, they expect, will be steeper.

While most Asian economies are likely to suffer due to the ongoing conflict, Indonesia, Nomura believes, will benefit despite being a net importer of crude oil. A 10 per cent rise in oil prices, they said, will widen Indonesia’s current account deficit (CAD) by 0.2 per cent of GDP at a time when less stringent mobility curbs this year are allowing people to travel more and subsidized retail prices are leading to higher fuel consumption and oil imports.

“However, the impact of higher oil prices would likely be fully offset by surging prices of non-oil commodities, such as crude palm oil, coal and LNG, resulting in a net neutral impact on the CAD. We also expect a limited direct impact on headline inflation, as the government will likely maintain fuel subsidies,” Nomura said.