Home » Business » Johnny Depp’s Attorney Tells Jury In Closing Arguments: “There Is A Victim Of Domestic Abuse In This Courtroom, And It Is Not Miss Heard” 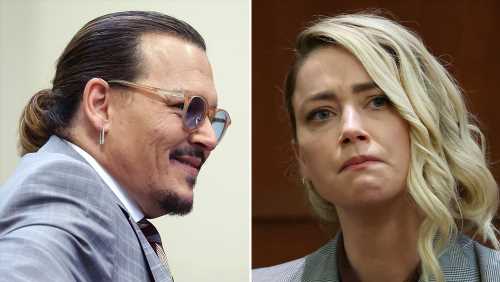 Johnny Depp’s Attorney Tells Jury In Closing Arguments: “There Is A Victim Of Domestic Abuse In This Courtroom, And It Is Not Miss Heard”

Johnny Depp’s attorney started her closing arguments by telling the jury that it the actor, not Amber Heard, who was the victim of “persistent verbal, emotional and physical abuse.”

“There is a victim of domestic abuse in this courtroom, and it is not Miss Heard,” Depp’s attorney Camille Vasquez told the jury.

Vasquez noted that Friday marked six years since Heard went to court to obtain a domestic violence restraining order against Depp, following an argument at their downtown Los Angeles penthouse.

But Vasquez called the scene at the courthouse “a set up,” claiming that Heard orchestrated press coverage to ensure that photographers would be there to take shots of her bruised face. She claimed that Depp struck her with a phone. But Vasquez suggested that Heard staged her injuries, and that “the world only saw what she wanted them to see.”

“Exactly six years later, we ask you to give Mr. Depp his life back,” Vasquez said.

When Heard filed for divorce that same month six years ago, Vasquez said, she didn’t want just the dissolution of their marriage, “She wanted to ruin him.”

Vasquez replayed audio clips of Heard during arguments with Depp, in which she is Heard laughing and seemingly taunting her husband.

Vasquez said that “it is Miss Heard that repeatedly admits to violence,” she said, referring to an audio recording in which Heard talked of striking Depp. By contrast, Vasquez said, Depp never admitted to any physical violence against Heard.

Depp sued Heard for $50 million over a December, 2018, op ed in the Washington Post in which she wrote that “two years ago, I became a public figure representing domestic abuse, and I felt the full force of our culture’s wrath for women who speak out.” Heard countersued for $100 million over claims that she made up her abuse allegations.

Before the oral arguments began, Judge Penney Azcarate instructed the jury on the process for reaching a verdict, reflecting the high bar that each side has for proving their case. In Depp’s case, the jury has to consider three statements Heard made in the Washington Post op ed and, in each instance whether they his side has proven seven elements. They include whether the statements refer to Depp, whether they are defamatory, whether they are false, and whether they show actual malice.

Heard faces a similar burden of proof, and the jury has to decide whether her attorneys have proven five different elements. They will consider three different statements, including those made by Adam Waldman, claiming that Heard’s abuse claims were a hoax. They also have to determine whether Waldman was acting as an agent for Depp.

Vasquez cast Heard as manipulative and cited testimony on the actress’ emotional state.

Vasquez even suggested that when Heard was on the witness stand, she faked some of her most emotional moments, contending that even when the actress was crying, there were no tears. Vasquez cited testimony from an acting coach who said Heard had difficulty faking such fill outbursts.

“It was a performance,” Vasquez said of Heard’s testimony.

A24 Gets ‘Close’; ‘Elvis’ Is In The Building; Latest Reviews, Deals & Video Interviews