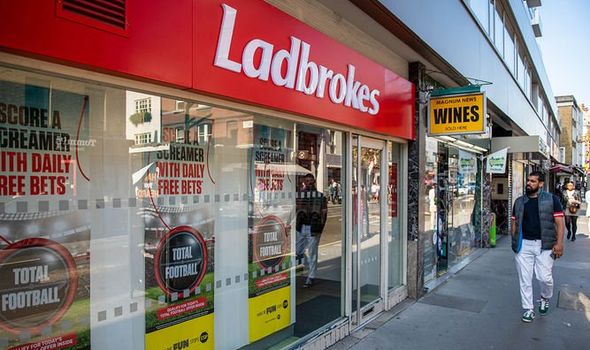 It is made up of 630p in cash and the rest in DraftKings shares and is the second takeover offer from DraftKings for Entain. The British betting group has already rejected a recent 2,500p or £14.6billion bid from the US suitor.

Entain said its board is considering the new approach. It also “strongly believes” in the company’s future prospects, especially in America, where it has a joint venture with casinos giant MGM Resorts.

MGM, which made an unsuccessful £8billion bid for Entain earlier this year, said that the terms of its BetMGM venture with Entain mean that any takeover of the British group will require its approval.

It added that it will talk with both sides to find an agreement.

With the global gambling industry consolidating, driven in large part by American operators needing outside expertise following deregulation at home, many market observers believe that MGM may make another play for Entain.

CMC Markets analyst Michael Hewson said: “MGM is unlikely to want to give up its designs on Entain. However, it will have to decide whether it wants to even get close to the current offer which is double its own offer. That’s a lot of bid inflation in less than a year.”

Laura Hoy, analyst at Hargreaves Lansdown, warned any deal faced US competition concerns given the market positions of BetMGM and DraftKings.

She added: “There’s a chance DraftKings’s bold move could push MGM to make another offer for Entain, though we think this possibility is unlikely considering it would require MGM to substantially increase its former offer.”

Entain floated at 420p per share when it made its stock market debut in December 2004. The shares closed yesterday at 2,377p.