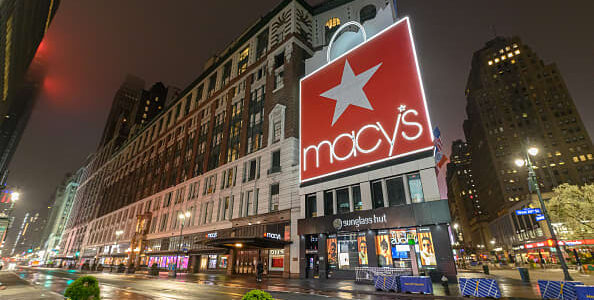 Macy's is embroiled in a legal battle with its landlord to prevent Amazon from using a billboard that sits on top of its most iconic flagship store.

The department store chain is asking the Kaufman Organization to stop a potential deal with Amazon to use the billboard atop its storied Herald Square location.

In a lawsuit filed in state court, Macy's claims that any advertisements from its online competitor would cause "immeasurable" harm to its business.

"The damages to Macy's customer goodwill, image, reputation and brand should a prominent online retailer (especially Amazon) advertise on the billboard are impossible to calculate," Macy's said in court papers.

Macy's has been advertising its business on the billboard for longer than half a century. But the lease for the advertising space expired in August. Macy's claims that Kaufman was already in talks with Amazon by that point.

Macy's said its original lease on the billboard space included a provision that indefinitely barred other retailers from advertising on the sign.

Representatives for Amazon and the Kaufman Organization did not respond to CNBC's requests for comment.

"Since the early 1960s Macy's has placed a billboard sign on the building adjacent to our flagship store at the corner of Broadway and 34th Street," a spokeswoman for Macy's said in an email to CNBC.

"Macy's continues to have rights relating to advertisements at that location," she said. "We expect to realize the benefits of these rights and have asked the court to protect them. As the matter is in litigation, the company will not have any further comment."