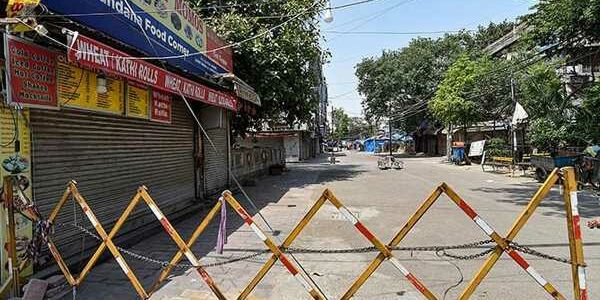 Maha curfew: 50% factories may remain shut for next fortnight

According to the government order, all factories producing essential goods and services will remain operational at full capacity. 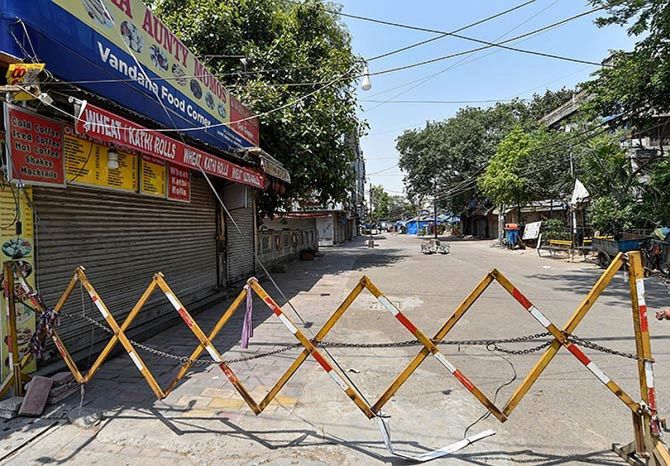 Half of the manufacturing units in Maharashtra could remain shut for the next fortnight as the state’s new Covid-19 norms come into effect.

These include appliance and apparel makers, which fall in the non-essential category.

On Tuesday, Chief Minister Uddhav Thackeray announced a 15-day statewide curfew and a host of other restrictions to contain the spread of the coronavirus.

According to the order, all factories producing essential goods and services will remain operational at full capacity.

Export-oriented units will remain open to fulfil their export obligations.

Industries that require continuous manufacturing, too, can operate with 50 per cent workforce.

Relaxation has also been provided for factories that offer in-house accommodation.

But, all other factories must stop their operations for the next 15 days.

“Around 50 per cent of the manufacturing units in Maharashtra could remain shut because of the state government’s new restrictions.

“Industry should have ideally been left out of these restrictions and allowed to operate by adhering to safety protocols.

“The impact of the lockdown last year was catastrophic.

“If the industry is impacted again, it will have a negative impact on tax collection and employment,” said Sudhir Mehta, president of the Mahratta Chamber of Commerce, Industries and Agriculture (MCCAI).

Appliance makers told Business Standard that they were awaiting clarity from the state government on whether they could operate their units or not in Maharashtra.

“Those discussions are on and we are awaiting guidelines regarding the same,” Kamal Nandi, business head and executive vice-president, Godrej Appliances, said.

Nandi is also the president of the Consumer Electronics and Appliances Manufacturers Association (CEAMA), an apex body of durables companies in the country.

However, a senior appliance industry executive said that shutting appliance factories in Maharashtra made no sense, since non-essential retail shops were operational in other states and inventory produced in local plants could be diverted there.

“We should be allowed to operate with all safety guidelines in place. We are prepared to do that,” he said, declining to be quoted since discussions with the state government were currently on.

Maharashtra contributes 12-15 per cent to an appliance company’s annual sales.

Apparel makers, however, remain less confident of operating their factories in the current lockdown, since many units have not come out of the disruption caused by the nationwide lockdown in 2020.

In a letter to Thackeray on Monday, Rajesh Masand, president of the Clothing Manufacturers Association of India, warned that the Maharashtra lockdown could deal a body blow to the local industry.

“It has taken the industry close to a year to regain at least some semblance of pre-Covid business levels.

“To go into another lockdown will completely kill the garment industry of Maharashtra,” Masand said.

Nearly 18,000 garment factories operate in Maharashtra, of which 10,000 are located in and around Mumbai.

Chandrakant Salunkhe, founder-president of the SME Chamber of India, estimates that nearly 85 per cent of the industrial units in the state could down shutters for next two weeks due to the restrictions.

While estimates vary, according to a Maharashtra government official, there are around a million manufacturing units in the state.

The SME Chamber of India has demanded a waiver on interest on loans for the next three months and easing of non-performing asset norms for units impacted by the restrictions.

“We are offering our premises and volunteers for the task and the government should give vaccines,” said Sandeep Tondapurkar of the Additional Ambernath Manufacturers Association, which represents over a thousand units on the outskirts of Mumbai.

On Wednesday, office-bearers of the MCCIA had a meeting with state government officials to seek clarity regarding the restrictions.

“The government has clarified that agro-processing industries can continue to function at 100 per cent.

“All industries which are part of a value chain of an export unit can function too.

“The government will list industries requiring continuous process manufacturing that can function with 50 per cent workforce.

“We have also requested the government to allow industry self-certification to keep manufacturing activity on,” Mehta said.

The new regulations also lay down criteria for the functioning of factories.

It states that all the units that provide accommodation to their labour working in the same campus or in an isolated facility and with only 10 per cent of managerial staff coming from outside may continue to work.

All staff, without exception, would need to get vaccinated at the earliest.

Factories will also have to follow Covid-19 protocols and factories with more than 500 workers would need to set up their own quarantine facilities.

“Auto component manufacturing units in Maharashtra which have export obligations are functioning normally as of now.

“But the Covid-19 situation remains volatile and there will be minor disruptions,” said Deepak Jain, president of Automotive Component Manufacturers Association of India.

“We are taking all the precautions and have strengthened safety protocols.

“The government order requires industrial units to arrange for workers’ accommodation in campuses. The industries have experience of this and will manage it this year too,” Jain added.

“We are trying to ensure that the industries do not suffer.

“We have held discussions with various industry bodies and are issuing necessary clarifications.

“We are still assessing how many industries will remain open during the next fifteen days and our staff is collecting data in this regard,” said Baldev Singh, principal secretaries (industries department).