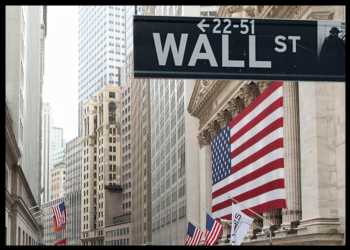 The major U.S. stock indexes continue to turn in a mixed performance in mid-day trading on Monday, with the Dow poised to end a five-day losing streak but the tech-heavy Nasdaq extending a recent downward trend.

The Dow ended last Friday’s trading at its lowest closing level in well over a month, down 2.9 percent from the record closing high set in mid-August.

However, the looming Federal Reserve meeting may be making traders reluctant to make significant moves, with the central bank potentially providing an update on the outlook for its asset purchase program.

The Fed’s two-day monetary policy meeting is scheduled for next Tuesday and Wednesday, but recent signs of slowing economic momentum could lead the central bank to hold off on discussing tapering.

A lack of major U.S. economic could also be keeping traders on the sidelines ahead of the release of reports on consumer prices, industrial production and retail sales in the coming days.

Energy stocks continue to see substantial strength in mid-day trading, benefiting from an increase by the price of crude oil. Crude for October delivery is climbing $0.66 to $70.38 a barrel.

Significant strength is also visible among airline stocks, as reflected by the 2.9 percent jump by the NYSE Arca Airline Index.

Gold stocks also continue to turn in a strong performance on the day, resulting in a 2.7 percent advance by the NYSE Arca Gold Bugs Index.

The strength in the gold sector comes amid an increase by the price of the precious metal, with gold for December delivery rising $5.20 to $1,797.30 an ounce.

Banking, telecom and real estate stocks are also seeing notable strength on the day, while tobacco stocks are extending a recent sell-off.

The major European markets also moved to the upside on the day. While the French CAC 40 Index inched up by 0.2 percent, the U.K.’s FTSE 100 Index and the German DAX Index both climbed by 0.6 percent.

In the bond market, treasuries are regaining ground after coming under pressure in the previous session. Subsequently, the yield on the benchmark ten-year note, which moves opposite of its price, is down by 2 basis points at 1.321 percent.