In a press release, Hasbro said Goldner is “undergoing continued medical care” following an August 2020 disclosure that he was seeking treatment for cancer in 2014. He has been the toymaker’s CEO since 2008 and its chairman since 2015.
Rich Stoddart will serve as the interim CEO during Goldner’s leave. He most recently served as lead independent director of the company’s board.

“I feel confident knowing the company will be in the skilled hands of Rich Stoddart as interim CEO, our highly experienced management team and the best employees in the business,” Goldner said in a press release, adding that the company’s future “couldn’t be brighter.” 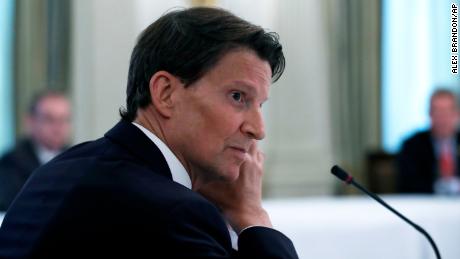 Hasbro (HAS) makes Monopoly, My Little Pony and toys for a number of well-known entertainment brands including Star Wars and Marvel. The company had a resurgence during the pandemic as bored families turned toward the company to entertain themselves.

However, like other companies, it has also been hurt by increasing production and shipping costs. Hasbro said in July that it’s hiking prices later this year to “offset the rising cost of freight and commodities we continue to see across the business.”
It’s also is trying to work through anticipated port congestion and ongoing ocean shipping constraints that will continue in the second half of the year, potentially affecting the busy holiday shopping season.
Source: Read Full Article