Home » Business » Maurizio Gucci, the First to Dream of a Gucci Luxury Powerhouse

Maurizio Gucci, the First to Dream of a Gucci Luxury Powerhouse

MILAN — “I want to give credit to Maurizio Gucci, he deserves it,” said Andrea Morante, chairman of independent asset management company QuattroR, which in 2019 took a majority stake in Trussardi.

From his vantage point, having worked closely with Gucci — and one of the few allowed to sail with the late executive on his Créole yacht — Morante still feels strongly about him. While executive director at Morgan Stanley, Morante was instrumental in introducing Gucci to Nemir Kirdar, who had founded investment banking and asset management company Investcorp in 1982. That meeting would help Gucci kick-start his dream of relaunching the family brand he had inherited from his father Rodolfo in 1983.

While much of the subsequent media attention obviously focused on Maurizio Gucci’s murder in 1995 — the anniversary of which is Saturday — his ex-wife Patrizia Reggiani’s jealousy and greed, and their strained relationship, Morante talked to WWD to shed some light on the events that preceded the tragedy and which also helped set the scene for the global development of the luxury goods industry — such as the arrival of private equity funds and international and diverse creative and management teams — as well as the challenges family businesses face.

Morante believes Maurizio Gucci was the first to realize the potential of the Gucci brand at a moment when the luxury industry was nascent. In the late ‘80s, “Maurizio understood ahead of time that the luxury industry was about to embark on and experience a global renaissance. Not everybody was convinced at that stage.” It was a moment of “epochal changes,” Morante said, a time that would see the luxury goods sector make a quantitative leap.

Maurizio Gucci was also quick to understand the role finance would play in the glittering world of luxury, Morante contended. The arrival of the Anglo-Arabian Investcorp signaled “one of the first and most interesting cases of private equity investments” aimed at helping him take the leadership of the Gucci Group.

Maurizio Gucci realized that his family “was too litigious and too unprepared to keep the brand alive.” For this reason, he turned to Morante and Morgan Stanley, to help him restructure the company’s shareholder base.

Kirdar “had the intuition of buying” Tiffany & Co. from Avon Products Inc. in 1984, which was “an incredible master stroke at the time. When I asked him if he would be interested in meeting Maurizio, I remember Nemir said he would do anything to become a Gucci partner and be part of the relaunch.”

On behalf of Investcorp, Morgan Stanley purchased 50 percent of Gucci’s shares from Maurizio Gucci’s uncle Aldo’s side of the family “in a dramatic and complex M&A series of transactions” that lasted more than a year. “The last one to give up his shares was Aldo Gucci, who felt that he was selling his soul and not his equity stake. He died soon thereafter,” said Morante, who, moving to Investcorp, became a Gucci executive board member and de facto chief operating officer.

Morante recalled days and nights of intense work, traveling around the world to relaunch the brand. “Maurizio and Investcorp were convinced Gucci had an incredible potential that had not been fully expressed. They felt there was going to be an enormous demand for the brand. Maurizio saw this with extreme clarity, more than any other person.”

The restructuring involved sacrificing a portion of the revenues that were channeled into the company from easy sales at duty-free shops around the world, for example, and this took about two years. Counterfeits and cheap quality products had to be removed to reposition the brand “where it belonged,” as true luxury, said Morante. 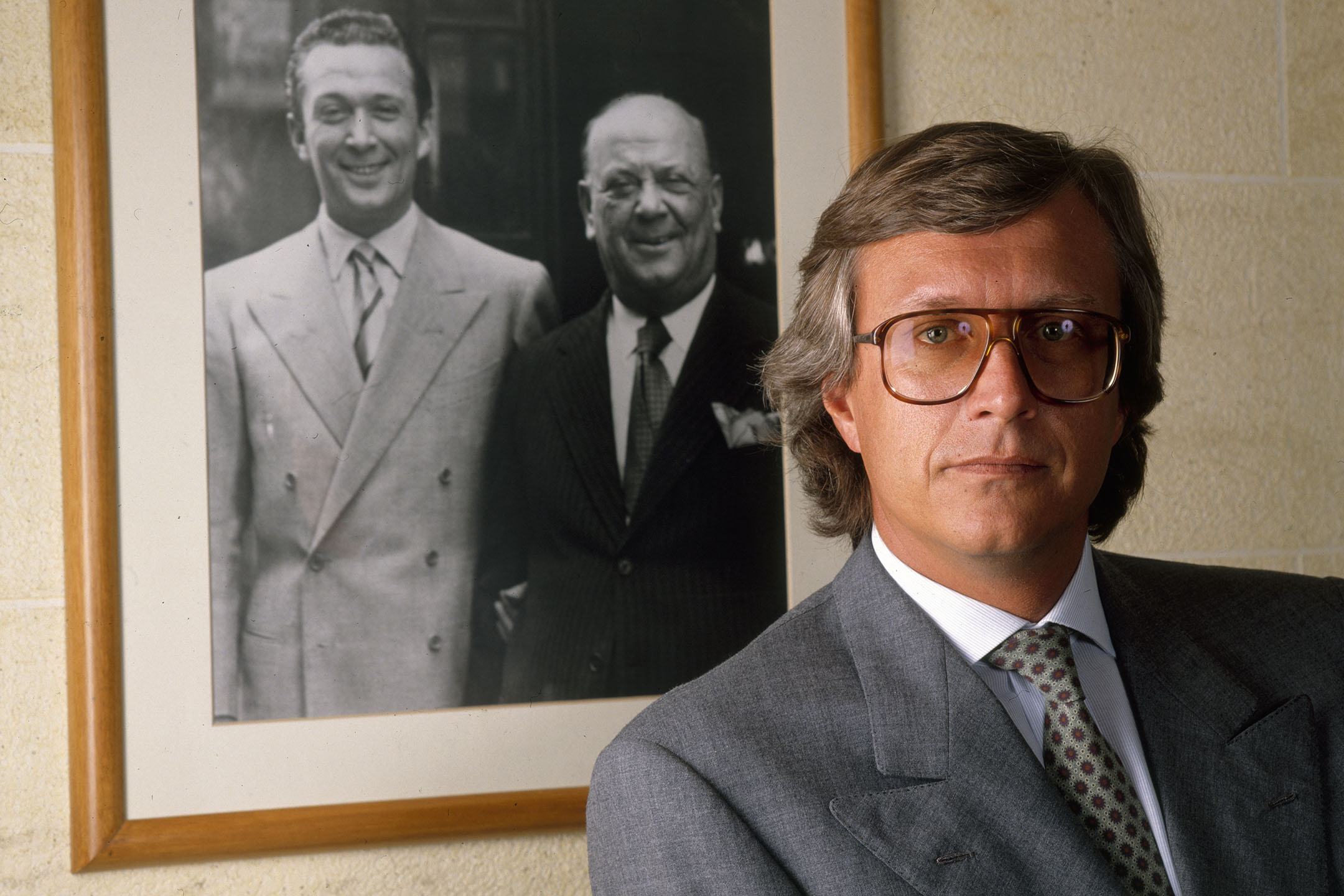 Investcorp realized this was key to success, while “many private equity funds don’t understand that it is important to take a step back to jump forward. It’s risky because you have to accept a sales cut, but it’s necessary for a real relaunch,” he contended.

At Gucci, this included a total management reshuffle; a clear and international new creative direction; a painful but necessary product repositioning; the purchase of the Gucci Japan license, which was absolutely strategic, and the total revision of the Gucci look, feeding upon its incredible heritage and archives, he explained.

Maurizio Gucci decided the company needed to buy back its business and distribution in Japan, which at the time was “unthinkable,” said Morante. “He understood Japan would be the most important market for luxury goods.”

Morante also credits Maurizio Gucci for his courage in shaping a new and innovative dream team, which included bringing an American woman and a Texas-born designer into a storied and very traditional Florence-based company.

In 1989, Maurizio Gucci succeeded in attracting Dawn Mello, who was then president of Bergdorf Goodman, because “she fell in love with the project he presented her and she left the U.S. and her home for this challenge,” and she in turn hand-picked Richard Lambertson, who was head of Bergdorf’s accessories department, to be design director, and Tom Ford, who was hired to oversee women’s ready-to-wear, seeing his potential — “a young incredible talent.” Ford flanked Lambertson until the latter returned to the U.S. Ford would be appointed creative director in 1994, building the company into a powerhouse brand and group and putting it on the map as a fashion trailblazer until he, in turn, exited in 2004.

“The appointment of Dawn Mello as creative director was an incredible coup. Maurizio charmed her and I convinced her to change her life and move to Florence and Milan,” said Morante. “People in Florence were shaking their heads, wondering what was happening, it was all almost blasphemous,” said Morante with a chuckle.

He also remembered Mello’s reaction when she first saw the Gucci moccasins, which at that time were available only in black or brown calf. “She said she wanted to see them in at least five or six colors and in two or three materials, and understood the potential of that shoe.”

Mello also kicked off an ad campaign that would inspire both Gucci and its competitors for years to come. “She was looking at the hands of the artisan that was making the moccasins, wrinkled after years of working the leather, and those hands fronted the new campaign. Maurizio made an exceptional choice in identifying Dawn Mello, who with Tom Ford, really turned the brand around.”

Morante admitted that “at one point, the wind died” — Gucci’s restructuring was hit by a difficult retail market in the early ‘90s while customers had to adjust to a new and more sophisticated product. “The numbers were not as expected and Investcorp started to worry. Maurizio could be seen as too easygoing and his management as chaotic. It was basically a one-year slowdown, something that today would be laughable but the relationship between Nadir and Maurizio was no longer idyllic,” said Morante. “Mistakes were made and the company needed an essential but limited capital increase to complete the business turnaround. This led to conflicts between Investcorp and Maurizio after having experienced a solid business relationship for a good three years. With the support of Domenico De Sole [then chief executive officer of Gucci Americas], Investcorp managed to acquire all of Maurizio’s shares at a difficult time for the company.” In 1993 Maurizio Gucci transferred his shares to Investcorp, ending the family’s involvement in the firm.

“Once Investcorp became 100 percent owner of Gucci, it decided to sell the company to “a luxury ‘guru’ with a clear vision and presence in the industry,” said Morante. The fund reached out to Morante, who at this time was working for Credit Suisse First Boston to “fire sell” 100 percent of Gucci. “The offers by Bernard Arnault, François Pinault and Johann Rupert [of LVMH Moët Hennessy Louis Vuitton, the-then PPR, later Kering, and Richemont, respectively] were too low, and Luciano Benetton waved it way, saying he believed Gucci ‘was dead,’” Morante recalled.

Investcorp did not sell its participation in the end and in 1995 decided to list part of Gucci on the public markets at a very handsome price, with a valuation of roughly $800 million. “Gucci was one of Investcorp’s best investments ever,” observed Morante.

“The tragedy is that while Maurizio was desperately trying to prove that Gucci could become a global player in the luxury industry, he ended up losing his company and, soon thereafter, his life,” concluded Morante. “Patrizia Reggiani played no part in all of the above developments but, once she found out that Maurizio had fallen in love with another woman, she decided that she was going to kill him, initially saying it as a joke and then she ended up actually doing it.”

Breaking Down Lady Gaga’s Method Approach to ‘House of Gucci’