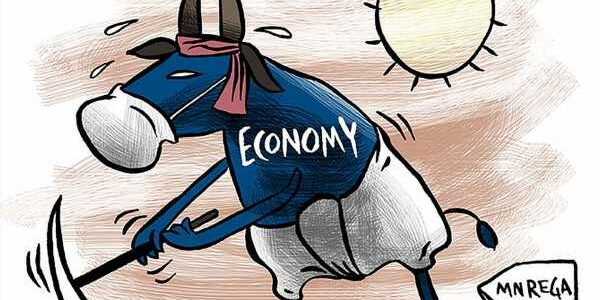 The continuing slump in demand in June 2021 could be because of migrants returning to their original workplaces. 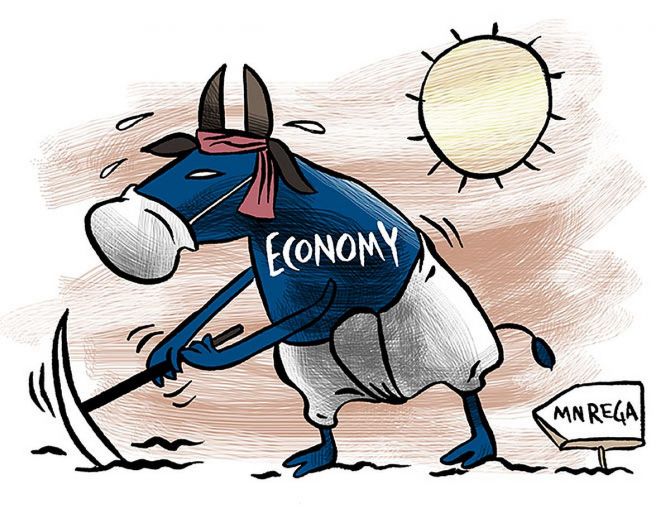 For the second month running, the demand for work under the flagship MGNREGA scheme has been lower than in 2020, which was an extraordinary year for the scheme.

Latest data shows that around 35.1 million households have sought work under MGNREGA this June, or 21.48 per cent lower than the number that had sought work in the same month of 2020.

This May, some 27.6 million households had sought work under the scheme, or 26.01 per cent lower than the same month last year.

But the drop in demand in May was largely attributed to a surge in Covid cases under the second wave which impacted rural areas badly.

The continuing slump in demand in June 2021, when Covid cases had subsided to a large extent, could be because of migrants returning to their original workplaces and states gradually lifting their Covid restrictions.

“We can expect 15-20 per cent dip in demand and persondays generated compared to last year in MGNREGA given that a lot of people might have migrated back to their usual workplaces again and that shows in the demand data,” Debmalya Nandy, from the MGNREGA Sangharsh Morcha told Business Standard.

The caveat in this according to Nandy is that demand data on MGNREGA website is suppressed and not a true estimate of the demand and need for work on the ground.

However, given that 2020 was an extraordinary year in terms of demand for MGNREGA due to the nationwide lockdown and massive exodus of migrants from cities to rural areas, several experts said that a better way to analyse demand for the scheme should be comparing it with a normal year.

It is here that things get interesting.

Data shows that though lower than 2020, MGNREGA work demand by households in June 2021 is still 38.19 per cent more than June 2019, a year which can be considered as relatively normal in terms of economic activity. (see chart)

“This could also mean that work given is significantly less and also for lesser duration to workers than previous years,” Nandy said.

The rider here is persondays of work provided is a dynamic number and subject to change.

Nonetheless, despite a drop in work demand under MGNREGA, some experts believe that at the current rate around 60-65 million households will get work under the scheme this year as against 75.6 million that worked in the scheme in the last financial year.

At the current per person per day average cost this would mean that the scheme should have a starting budget of around Rs 85,000-90,000 crore in FY22 assuming that 50-51 days of work is provided.

However, in FY22, the Centre has allocated a budget of Rs 73,000 crore for the scheme which is 34.5 per cent less than the revised estimate of FY21.

But, being a demand driven scheme, budgetary allocation is always subject to change during the financial year.