Home » Business » Mr PM, This Is What You Could Do For Banks 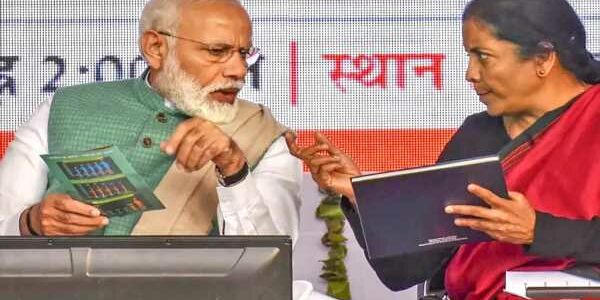 Mr PM, This Is What You Could Do For Banks 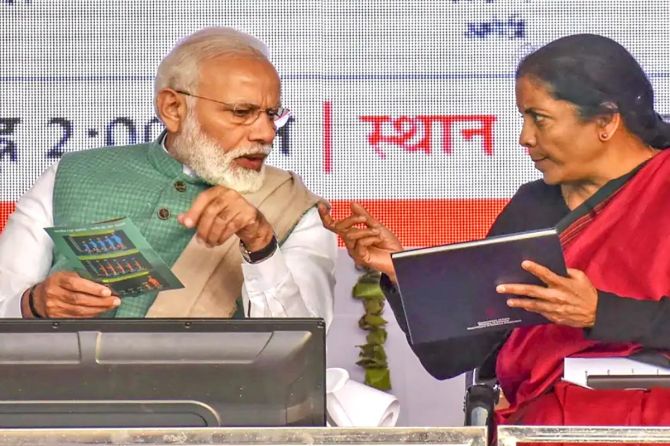 Your recent address to senior bankers at the conference on ‘Creating Synergies for Seamless Credit Flow and Economic Growth’ has encouraged me to write this letter to you.

The nightmare of bad loans is behind us. The banks are well capitalised; they have provided for the bulk of the bad loans; and, there is plenty of liquidity in the system. There is no scarcity of either resources to lend or data to analyse the customer behaviour.

Now, they must support the creators of jobs and wealth. Their balance sheets have become strong and it’s time to build the nation’s balance sheet. This is what you have told them.

To use a cliché, you have given them a clarion call to ignite the spirit of entrepreneurship. You have asked the bankers to shun the ‘approver-applicant’ approach and, instead, follow a partnership model. You have told them to reach out to the MSMEs with customised solutions; lend to start-ups as well as big-ticket infrastructure projects.

You have also urged each bank branch to ensure that they have at least 100 clients doing 100 per cent transactions digitally by August 15, 2022.

Finally, you have vowed to stand like a rock behind the bankers’ genuine commercial decisions. I quote what you have said: ‘Keep my words written down and save this video clip with yourself… I am with you, I am near you and I am for you on every step you take in national interest, with an honest intent. If there are mistakes when you take decisions that are honest, authentic and, in the national interest, if you ever face difficulty, I am ready to stand like a wall.’

The audience clapped at frequent intervals while you spoke, but not every banker present there was excited. In private, a few say the government is pushing them to lend; it’s fine for now, but if the push becomes a shove, bad loans may rise again. Their prudence is being misconstrued as risk-averseness.

They are eagerly waiting to welcome any creditworthy proposal, but they can’t afford to lend indiscriminately as that may lead to a rise in bad loans once again. This is their version.

The arrest of a former chairman of India’s largest lender on a protest petition filed in a lower court has also shaken the morale of bankers.

Caught between the nightmare of heaps of bad loans, which almost buried them a few years ago, and the fear of spending their days in prison, they are scared of taking decisions.

While they have their concerns, no one can deny the fact that you have hit the nail on the head.

The credit deposit ratio of the Indian banking industry in the fortnight ending November 5 was 69.56 per cent. This means for every Rs 100 worth of deposit, the banking system has lent just Rs 69.56. This is the lowest since the fortnight ending December 9, 2016, when it had dropped to 69.29 per cent. Barring this aberration, in the past decade, the CD ratio roughly varied between 72 and 78 per cent.

You have not mentioned this, but the fact is the banks have already started losing the working capital business to the mutual fund industry whose assets under management in October were Rs 37.33 trillion, having grown more than five-fold in the past decade. During this time, bank deposits have grown around three times, to Rs 160.49 trillion.

For long-term financing, the insurance industry, with a money bag of around Rs 45.5 trillion, is stepping in. Unless banks lend, how will they earn interest income, the key profit driver?

Some of the banks may need to beef up the quality of underwriting. Only then will they be able to come forward to help India Inc unleash the animal spirits.

In hindsight, it’s easy to find fault with bankers, but one needs to appreciate the fact that a commercial decision is taken based on available information at a certain point in time. Are our investigative agencies well equipped to dissect lending decisions of bankers?

How about setting up a high-level task force to lay down the processes of scrutinising those lending decisions that go wrong? A retired Supreme Court judge can head it and retired bankers with impeccable expertise in credit appraisal and senior officials of the central bank and the finance ministry can be its members.

Alternatively, you may consider taking public sector banks out of the purview of investigative agencies. If the NITI Aayog can replace the Planning Commission to better serve the needs and aspirations of people, why not set up a new body, as an ombudsman, to take a fresh look at vigilance-related issues in such banks?

I dare say this as you are one prime minister who is not afraid to take bold decisions. Hang the criminals, nobody will shed tears for them; but we need to accept that even genuine commercial decisions can turn bad.

You may also look at a few other critical issues that affect the industry: The quality of the banks’ boards, the tenure of CEOs and, most importantly, their compensation package. Bankers deal with money — a very different vocation from that of bureaucrats. Why should their salary be linked to that of bureaucrats? Also, how about offering them stock options?

Dear prime minister, your government has brought in transparency in the appointment process of CEOs; capitalised the banks; cleaned their books; and consolidated a few of them to create scale. Hand on heart, bankers swear that they don’t get calls from any ministry on whom to lend to. You have also steered the world’s most ambitious financial inclusion drive — the Pradhan Mantri Jan Dhan Yojana. What is left is reforming public sector banks.

Even if the government decides to own only a few public sector banks, I am sure you’d like to see them run as a business enterprise. Major structural issues have been taken care of; only a few minor ones are left. But they are critical, dear prime minister.

Tamal Bandyopadhyay, a consulting editor with Business Standard, is an author and senior adviser to Jana Small Finance Bank Ltd.