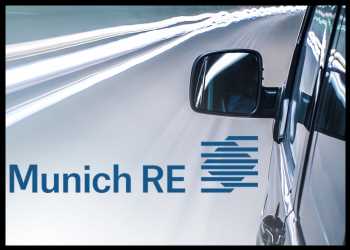 German reinsurance provider Munich Re on Wednesday reported significant growth in its fourth quarter and fiscal 2021 profit, benefited mainly by improved gross premium written in reinsurance and ERGO segments. Looking ahead, the company projects higher earnings and premium in fiscal 2022, and said it remains on track to meet the financial targets for 2025. The company also announced higher dividend and 1 billion euros share buyback. In German trading, Munich Re shares were losing around 2 percent.

Joachim Wenning, Chair of the Board of Management, said, “The year 2021 was good for Munich Re. We beat our profit target, while also making our balance sheet even stronger despite high inflation. … Our Ambition 2025 strategy programme got off to a very good start and is picking up speed.”

For the fiscal 2022, Munich Re expects to record a profit of 3.3 billion euros, higher than last year. Group premium income is expected to set a new record of around 61 billion euros. Return on investment is expected to be above 2.5 percent despite persistently low interest rates.

In its reinsurance field of business, Munich Re anticipates premium income of about 42.5 billion euros and a profit of around 2.7 billion euros in 2022. The combined ratio in property-casualty reinsurance should be about 94 percent.

Further, ERGO field of business would generate premium income of around 18.5 billion euros in 2022. A combined ratio of 91 percent is expected in the ERGO Property-casualty Germany segment, and 92 percent in the ERGO International segment.

Regarding the current trading, the company said the January renewals show premium growth of 14.5 percent and rising prices of 0.7 percent.

After the first year of its Ambition 2025 strategy programme, Munich Re said it is on track to meet the financial targets for 2025. Earnings per share is expected to increase by an average of =5 percent per year by 2025. The company projects return on equity or RoE of 12 percent-14 percent by 2025.

Further, the company said the dividend will be increased to 11 euros per share, subject to approval by the Supervisory Board and the Annual General Meeting. Munich Re also plans to repurchase own shares at a total volume of 1 billion euros by the AGM in 2023.

The company the reinsurance field of business contributed 734 million euros to the consolidated result, mainly from property – casuality, in the quarter, up from 75 million euros last year.

Gross premiums written in 2021 increased 8.5 percent year on year to 59.57 billion euros, which is the highest figure in the history of Munich Re.