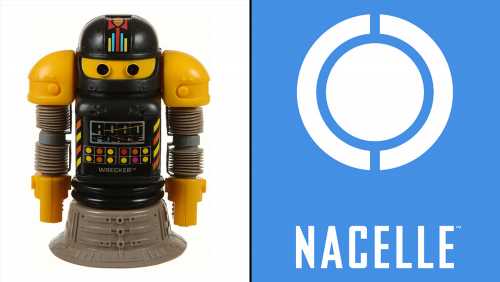 EXCLUSIVE: Producer and publisher The Nacelle Company has acquired the 1980s hit property Robo Force from toy company Toyfinity and said it’s commissioned a script and plans to start producing toys, books and branded merchandise in late 2021 and premiere a TV series in mid-2022.

In 1984, CBS released an animated show based on the toy line and companies from Buena Vista Records (Disney) to Random House, Topps and Hallmark partnered with the network then to support one of the biggest launches in toy business history. Robo Force technology included patented suction cup bases, tubular arms “for crushing action” and a variety of detachable guns and moving parts, Burbank-based Nacelle reminds us, CBS plastered the logo widely from lunchboxes to bedsheets. The Topps collector card company partnered with Robo Force to release a series of trading cards.

The now-defunct Ideal Toy Company created the Robo Force line for CBS in 1984. It was revived in 2013 by new rights holder, Toyfinity.

“Acquiring Robo Force is a significant step forward for our company and we want to be respectful of its past while making sure the characters and storylines are exciting to people who aren’t old, like me,” said Nacelle founder and CEO Brian Volk-Weiss. He told Deadline he’s a big far. “I absolutely watched it at the time and that’s where I fell in love with Wrecker in particular.”

The diversified company he started in 2017 works in scripted and unscripted production, podcasting, publishing, records, distribution, development, marketing and management. It’s produced Netflix docuseries Down To Earth with Zac Efron, The Movies That Made Us, and The Toys That Made Us, and Kevin Hart’s Guide To Black History, as well as Behind The Attraction for Disney +, CW’s Discontinued, Sony’s Mad About You reboot, All The Way Black for BET+, History’s Grant and Center Seat: 55 Years of Star Trek.

The Robo Force deal is Nacelle pushing into producing from IP and comes several months after  the company brought Michael Goodman in house as VP of Management and Development in April to specialize in packaging intellectual properties for development. Goodman previously ran a boutique licensing agency, MLGPC, that’s represented toy designers, authors, illustrators and other creatives in packaging and licensing their IP.