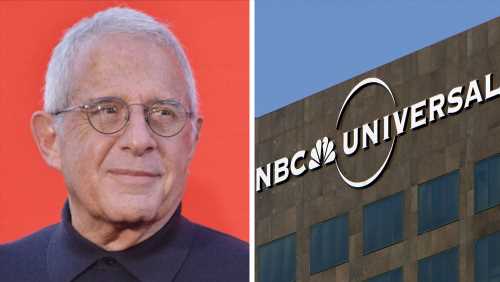 (Updated with NBCU response and clarification) EXCLUSIVE: Over a year after Ron Meyer suddenly was shown the door at NBCUniversal over an affair, a payout by him and alleged extortion attempt against him, the former Vice Chairman of the Comcast-owned company has received a payout of his own.

In a deal negotiated by Hollywood heavyweight attorney Patricia Glaser, Meyer has landed a settlement in the realm of $20 million, we hear. Months in the making, the confidential agreement came together in late September, with all the parties signing off on the specifics. In a larger sense, there were millions more paid to Meyer over the past year such as his final salary, pension and some stock.

Contacted by Deadline this morning, the Glaser Weil litigator said, “We are prohibited from commenting because of a confidentiality clause.” NBCUniversal declined to comment on the matter or the settlement.

Peter Bart On Shocking Ron Meyer Exit: How A Throwback Problem-Solver Ran Up Against Zero-Tolerance Hollywood And Lost

Of course, as the talks have been going on over his settlement, the risk taking former superagent hasn’t exactly been tight for cash the past 14 months since losing the plum NBCU post on August 18, 2020.

In the wake of his departure from NBCUniversal, Meyer landed a lucrative consulting gig with Qatar. He has made many trips we hear from sources to the country to provide guidance to the country’s Doha Film Institute on motion picture investments.

Meyer left NBCU in the late summer of last year due to the corporate blast radius from a consensual affair with actress Charlotte Kirk which the the media conglom Vice Chairman said was “many years ago.” It seems that part of the hold-up in Meyer’s settlement from NBCU stemmed from the conglom’s assertion that the studio executive hatched a deal to quell the situation with Kirk. Meyer’s settlement with NBCUni indicates that wasn’t the case.

Meyer said at the time of his exit last year in a statement:

“I recently disclosed to my family and the company that I made a settlement, under threat, with a woman outside the company who had made false accusations against me. Admittedly, this is a woman I had a very brief and consensual affair with many years ago. I made this disclosure because other parties learned of the settlement and have continuously attempted to extort me into paying them money or else they intended to falsely implicate NBCUniversal, which had nothing to do with this matter, and to publish false allegations about me. After I disclosed this matter to the company, we mutually decided that I should step down from my role as Vice Chairman of NBCUniversal.”

“I am writing to share some unfortunate news. Late last week Ron Meyer informed NBCUniversal that he had acted in a manner which we believe is not consistent with our company policies or values,” NBC Universal Jeff Shell curtly said when Meyer left. “Based on Ron’s disclosure of these actions, we have mutually concluded that Ron should leave the company, effective immediately. We thank Ron for his 25 years of service, and for his significant contributions to NBCUniversal.”

Even in the sharp elbowed corner suite universe, Meyer is long considered “mensch” in the business, known to help people out with problems behind the scenes. To the perplexity of many of those close to Meyer, that loyalty continues to extend to ex-con and investigator Anthony Pelicano with whom the ex-exec has had a long connection.

A former Marine, Meyer built CAA into a powerhouse with Mike Ovitz, Bill Haber, Rowland Perkins and Michael Rosenfeld back in the last two decades of the 20th century.

He and Ovitz had a famous falling out when Ovitz flirted with a move to Universal, only to see Meyer take the top job as President and COO in 1995 following Sidney J. Sheinberg’s departure. In that new post he provided strategic guidance and counsel to all aspects of the conglom, including its film and TV assets as well as its theme park business, working alongside Universal Filmed Entertainment chairman Jeff Shell and Universal Pictures chairman Donna Langley.

Together they saw Universal to a then industry-wide box office record of $6.9 billion worldwide gross in 2015 (a record that has since been broken by Disney). Meyer brought Spielberg and Amblin back to the Universal fold in 2015 after the director’s DreamWorks departed to Disney, where the Oscar-winning director made such movies as Lincoln, War Horse, Bridge of Spies and The BFG.

Meyer’s renewed contract in 2016 was originally meant to keep him at the studio through the end of 2021 … but not so much, you know?