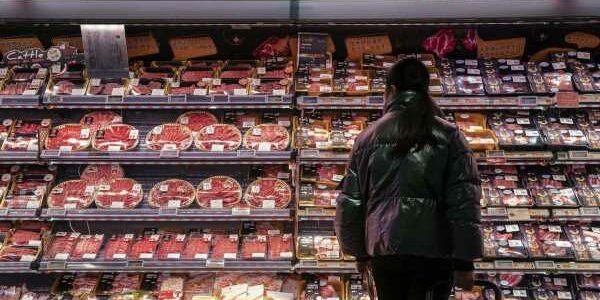 “The structure of the audits is quite different to what we are used to and it’s caused a lot of nervousness. We are all looking at what is going on with the seafood exports and now apples.”

Industry advocate NZ Apples and Pears declined to discuss the audits until they were completed.

The Ministry for Primary Industries which is handling the audit issue has yet to respond.

A major primary sector participant who spoke on condition of anonymity said all primary industry companies with approvals to export to China were “nervous”.

“These (audits) could mark a change of direction, higher standards etc and there’s little advance clarity what China expects … you could be delisted for not meeting a rule or standard that you didn’t know existed.”

“There are lots of inconsistent messages from Chinese customers, different port authorities, regulators of what’s required. Dairy, meat, seafood, horticulture are all in the same basket.”

The Herald revealed in early February that some exports from two major New Zealand seafood companies had been suspended by China due to what the Ministry for Primary Industries called “issues around the interpretation of the World Health Organisation’s Covid guidance and food safety management”.

The facilities are a Sanford company site in Havelock that processes mussels and a Sealord site in Nelson that processes finfish and fishmeal for animal feeds.

The suspensions continue with MPI only commenting it is working on the issue with China, and the companies only willing to say MPI is handling the conversation with Chinese officials.

Then there’s the matter of China’s interpretation of World Health Organisation Covid guidelines.

“China advised New Zealand on February 8 that the suspension was due to a combination of food safety systems and non-compliance with China’s interpretation of World Health Organisation Covid-19 guidelines,” OIA documents noted.

China requested the live audit of controls in December. Because of the short notice and associated logistics, MPI provided video footage of audits in January conducted by its own systems audit team.The OIA response noted China Customs was auditing food premises around the world.

New Zealand had responded that its approach to Covid-19 was appropriate for its alert levels. For example at alert level 1, face mask-wearing wasn’t mandatory. MPI noted WHO guidelines of April 2020 were interim and not prescriptive. They did not differentiate on country Covid status.

Commercially, New Zealand companies had reported a resurgence of requests from their China customers to implement China’s domestic Covid requirements including the disinfection and testing of the final product prior to export, the documents said.

MPI said it had alerted the Dairy Companies Association of NZ (DCANZ), the MIA and horticulture sector to the audit issue.

DCANZ executive director Kimberly Crewther told the Herald China had not requested audits of New Zealand dairy processing sites similar to those carried out in the seafood sector.

“We are also aware of the guidance issued by China with respect to Covid-19,” she said.

“DCANZ has worked with its member companies to support the development and implementation of protocols that manage risks of Covid transmission on dairy sites and which take a graduated approach to measures aligned to New Zealand’s Covid-19 alert level system.Our member companies also comply with requirements contained in New Zealand’s Overseas Market Access Requirements for China and meet customer requirements. Combined this provides a high-level of assurance as to the ongoing safety of New Zealand dairy products for Chinese consumers.”

China is New Zealand’s biggest sheepmeat market, last year taking 47 per cent of lamb production, and in 2019 was its main buyer of beef but sales slipped by 26 per cent last year largely due to competition from South America.

NZ Apples and Pears chief executive Alan Pollard declined to discuss the apple sector audits until they had been completed. Apple and pear exports in 2019 earned $870m – 48 per cent of the crop went to Asia. Germany was the biggest market and China third.

The Chinese embassy in Wellington has not responded to approaches by the Herald.

MPI has yet to respond to Herald inquiries about the latest China audits.

New Zealand and China in January upgraded their free trade agreement for at least another 10 years.