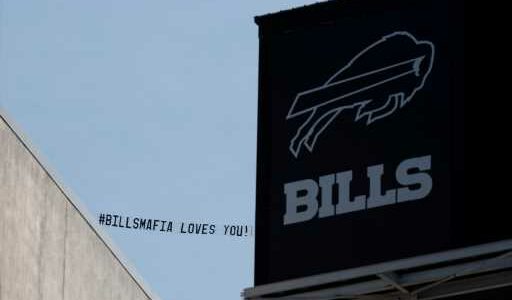 New York Gov. Andrew Cuomo, who has generally taken a conservative approach to managing Covid-19 in the state, has raised eyebrows by backing a plan to let fans attend a Buffalo Bills playoff game next month.

Up to 6,772 fans will be permitted at the game, which will be played on January 9 or 10 (depending on the season’s final results) at the 72,000-seat Bills Stadium in Orchard Park, NY. Ticket buyers will only be admitted if they get a negative result from an onsite coronavirus test. Contact tracing will also be done for all who attend.

Even with strict limits in place, the decision is a notable reversal for New York, which has enforced strict bans on gatherings in large spaces, even outdoors, and gone after those who try to flout the rules. The move prompted backlash among health experts and a range of state and local officials, who expressed concern about limited supplies of rapid testing kits and the general wisdom of backtracking for an NFL game.

Movie theaters and Broadway venues, to the agony of many, have remained shut tight since mid-March. Keeping many parts of business and society off limits has enabled the state to go from the epicenter of U.S. infection last spring to a state with a more manageable infection rate. Cuomo has gone to court to oppose the convening of services in churches and other houses of religion during the pandemic. (The U.S. Supreme Court handed him a setback earlier this month in a 5-4 opinion that was one of Justice Amy Coney Barrett’s first since being confirmed.)

The Bills have a record of 12-3 and are headed to the playoffs for the third time in the past four years. This year’s team has hit a higher level than any since the Super Bowl teams of the 1990s. The playoff game will be the first one played at home since 1996, and local and regional pride in the team’s upswing is hard to dismiss as a factor.

Masks and social distancing will be required at the stadium, which Cuomo noted is an open-air venue, which the governor said is “all the difference in the world from an indoor venue.” Tailgating and the usual pre-game festivities, which by off-kilter local custom often involves inebriated fans jumping onto tables from great heights (don’t ask), will not be allowed. “To Bills fans—be smart,” Cuomo wrote on Twitter.

The game is being viewed as a “pilot” effort, Cumo said during a briefing, and is being billed as the first event in the U.S. to deploy so many tests in so short a time. “If this goes well, you would look to expand it,” he said. He called it “Step 1,” but added that he doesn’t “see a key to the door beyond this key. Really, the only key you have is rapid testing. So we will be aggressive in exploring it, and that’s what we’re doing now.”

Cuomo said he planned to get tested and watch the game live.

Football across New York at the high school, college and pro level in 2020 has been either postponed or played in empty stadiums, except for Army games on federal land at West Point. The majority of NFL stadiums have also stayed empty this year, though many have seen small numbers of fans trickle in over the course of the season as virus numbers fluctuate. Some states — notably Texas, Floriday and Missouri — have consistently allowed up to 25% capacity at their teams’ games since the start of play in September.

Hundreds of NFL players, coaches and personnel have tested positive and there have been outbreaks at several team facilities, but fan-to-fan transmission has been limited to a small handful of cases. Safety experts have long warned of the “super-spreader” potential of traditionally mounted sporting events, a big reason why top sports leagues all went into prolonged pauses with their seasons for the entire springtime. The NFL, which ditched pre-season and other parts of its usual setup, has managed to play a full regular season with minimal disruption and still intends to play the Super Bowl on schedule in February in Tampa, FL.