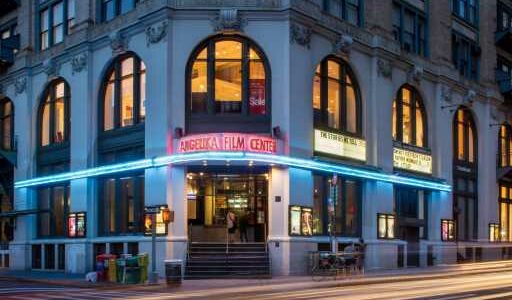 New York movie theaters can increase their capacity to 33% from 25% on April 26, according to new Covid-19 safety guidelines announced by Gov. Andrew Cuomo.

The news for the state’s exhibitors, which must maintain other safety protocols, was accompanied by word that museums and zoos can also move up to 50% capacity. Also, starting May 19, large indoor arenas can increase their capacity to 25%, in a move Cuomo tied to the arrival next month of the NBA playoffs. For the first time in many seasons, both the New York Knicks and Brooklyn Nets are headed for the playoffs.

Most of New York’s theaters have now opened their doors again, with New York City proving an important site for strong-performing titles like Godzilla vs. Kong. While California has pegged mid-June as when full capacity can be attained for theaters and other venues, New York is taking a more gradual approach. New York’s chapter of the National Association of Theater Owners has chafed at the 25% restriction, telling Deadline recently that its members may not survive the pandemic at such levels. Major chains like AMC have indicated that they can be profitable even with limited capacity.

Theater capacity will start to become a more pressing issue as summer releases from major studios approach. NY NATO said it is calling on Cuomo to raise the limit to 50% by Memorial Day and 75% by July 4, in time for the rollouts of major tentpoles like Cruella, A Quiet Place 2, F9 and Black Widow.

New York’s rate of Covid-19 infection is now 2.94%, the lowest it has been since last November. Total hospitalizations stand at 3,783.

Cuomo delivered the updates during an online press event at which he and other state officials took part in person but reporters asked questions online. The governor, who became a national media figure thanks to his daily, televised Covid-19 briefings, has strictly limited press access in recent weeks. He has faced a host of allegations on several fronts, including sexual harassment, misrepresentation of Covid-19 statistics and bullying.

Most of the press briefing’s 44-minute duration was taken up by prepared remarks, with just a handful of questions posed of the governor.

Asked when reporters would once again be allowed to attend briefings in person, Cuomo said the online shift was “purely a function of the Covid safety requirements.” Online press conferences, he said, can accommodate 200 media members, compared with a limit of 50 at sites like the one in New York City used today.

Recent polling data has shown that New Yorkers approve of Cuomo’s overall handling of Covid-19, even though they do not support him running for another term in office, as he had previously planned. “Public opinion goes up, it goes down, but to me if people respect the job you’re doing, to me there’s no better barometer than that,” he said.