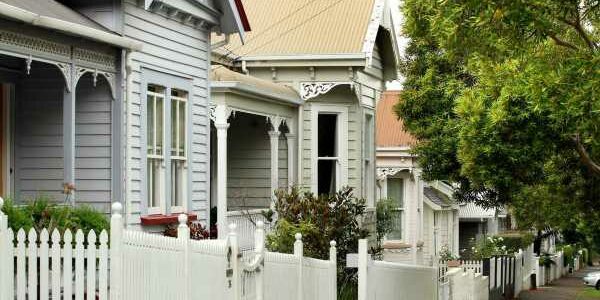 Kelvin Davidson, CoreLogic chief property economist, said thetarget=”_blank”>move from 0.25 per cent to 0.5 per cent just announced was just the start of hikes which could see rates rise as high as 4.5 per cent within two years.

“It’s not hard to imagine that a typical one or two-year fixed rate could be pushing 4 per cent by the end of next year and 4.5 per cent into 2023 which is still low by past standards, but a large proportional increase from current levels,” he said.

He is forecasting that next month, rates will rise again.

“Attention will now quickly turn to what’s next and, all else being equal – which can’t be taken for granted – today’s OCR rise looks likely to be followed up with another 0.25 per cent increase at the last meeting for this year on November 24, taking it to 0.75 per cent,” he forecast.

Then, the Reserve Bank’s latest projection is that the OCR could rise to around 2 per cent by the second half of 2023, he said.

Its clear indication was that the official cash rate would have been increased in mid-August had it not been for lockdown, he said.

“So it was no surprise that it was pushed up today and by only 0.25 per cent, not 0.50 per cent. In fact, in light of continued strength in the economic data including August filled jobs and even taking into account still-considerable Covid uncertainty.

“The far bigger shock would have been no change,” Davidson noted.

The Household economic survey of 2020 says that 32.4 per cent of households report mortgage expenditure, out of a total household estimate of 1,841,400 as of June last year.

So rising rates could mean good news for savers who are in the majority.

Reserve Bank data showed the total monthly new mortgage commitments for August were $8.2b, down $0.7b or 7.4 per cent from July. August data captured two weeks of the nationwide level 4 lockdown.

Despite the monthly fall, the value of new mortgage commitments remains 20.4 per cent higher than in August last year, with the increase driven solely by a larger average loan size.

“Even with an increase in the OCR, interest rates remain historically low. There is still significant demand in the property market, supported by spring momentum and we don’t anticipate this will change.

“If the Reserve Bank raises the OCR regularly over the coming year as indicated, that is likely to influence the demand side of the property market,” Baird said.

Davidson said that for the property market, the clear implication was that the rise in mortgage rates already underway have “much further to run”.

People need to put more aside to pay that rising interest.

“Higher mortgage rates clearly mean that borrowers are going to have to divert more money towards paying their mortgage, and some may not be able to access as much home finance as before,” he said.

He also cited regulatory changes such as tighter loan to value ratio rules and the phased removal of interest deductibility for investors.

“We already get the sense that some property deals have started to get a little stuck, with buyers just pulling back a little but vendors not budging on the asking/reserve price,” Davidson said.

Sales activity and price growth are close to, or at, a peak, he said.

Both will ease for the rest of this year and next.

“However, with unemployment low and in the absence of a GFC-style credit crunch, a full-on property downturn still seems unlikely, especially since the expected end point for interest rates will still be low,” he said.

Nick Goodall, CoreLogic’s research head, said fewer people would be able to afford to borrow enough to meet vendors’ price expectations and rising interest rates were one of the big factors causing that.

Those rises would make it harder for people to buy what they wanted, Goodall forecast.

“Given affordability measures are already showing debt to income ratios at all-time highs, and with interest rates now on their way up, fewer people will be able to borrow the amount of money required to satisfy vendors’ expectations.”

National house prices were already showing some signs of easing slightly. CoreLogic’s latest House Price Index showed values increased nationally by a further 1.4 per cent in September, down on August’s 1.6 per cent and the fifth consecutive month of easing growth rates.

“This is what can happen at turning points. Buyers ease back, but vendors won’t budge, so sales activity tends to decline without too much immediate impact on prices.”