Home » Business » On Factory Floors, a Chime and Flashing Light to Maintain Distance 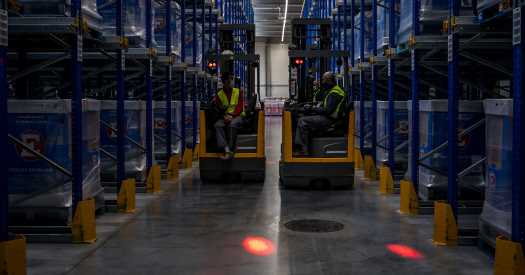 On Factory Floors, a Chime and Flashing Light to Maintain Distance

BERLIN — The 2019-20 National Basketball Association season was suspended for over 140 days after a player tested positive for the coronavirus. But once play resumed in late July, no other players tested positive.

The league was able to evade the virus by requiring teams to live and play their games in an isolated area known as the Bubble, at the closed Disney World resort in Florida.

But a small piece of technology also played a role: a wristband that players, coaches and trainers could wear off the court, and that was required for reporters covering the teams. A tiny digital chip in the band enforces social distancing by issuing a warning — by light and sound — when wearers get too close to one another for too long off. The bands have been picked up by the National Football League, the Pacific-12 college football conference and other sports leagues around the world.

The Munich start-up behind the N.B.A.’s wristbands, Kinexon, is happy with the publicity of helping prevent top athletes from catching the virus, even as such devices raise privacy concerns. Now it is looking toward broader arenas: factory production lines, warehouses and logistics centers where millions of people continue to work despite the pandemic.

One of the companies working with Kinexon is Henkel, a global industrial and household chemical manufacturer based in Germany. When the coronavirus infected about a dozen workers in Henkel’s plant in Serbia last spring, the two-week shutdown that followed cost millions of dollars in lost revenue, said Manfred Weber, a senior manager for Henkel. 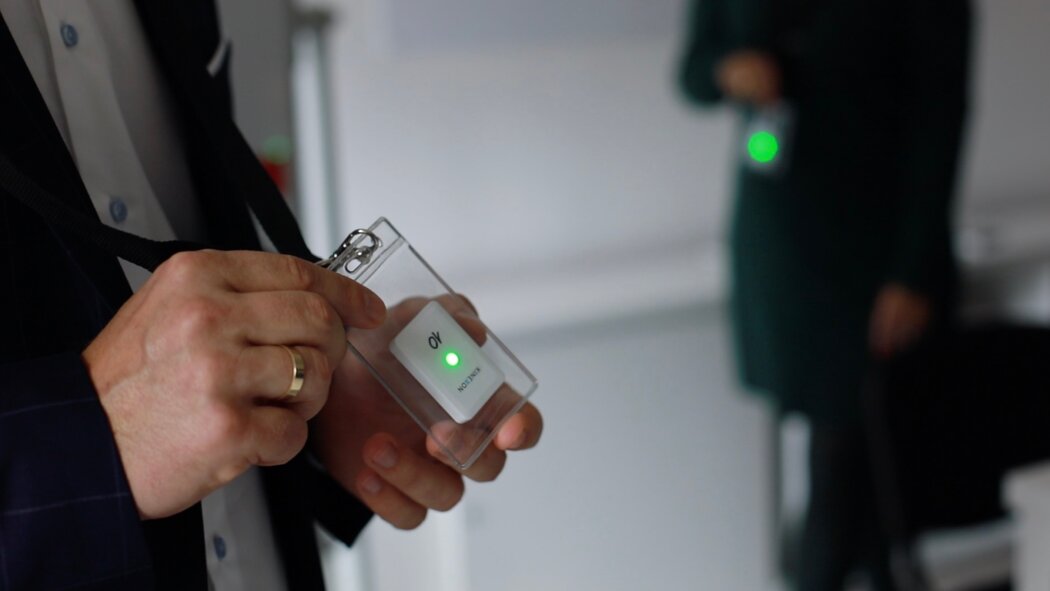 Henkel was already testing an earlier version of Kinexon’s wearable tech, designed to avert collisions between forklifts and workers on high-traffic factory floors. The system’s sensors would automatically stop a forklift if it got too close to a worker.

After the outbreak at the Serbian plant and within weeks of the first wave of pandemic lockdowns, Kinexon offered Henkel a chance to test a variation of that technology, called SafeZone. Its half-ounce sensor, worn on the wrist like a watch or around the neck on a lanyard or on a badge, makes a chime and flashes when another sensor is within a prescribed distance for a set period. Henkel agreed to give it a try.

Testing the devices in real life was important to Kinexon.

“What’s important in this is not only to have the technology working in a lab — what’s important now is to be able to bring the technology to where people need it,” said Oliver Trinchera, who co-founded Kinexon in 2012 and is one of its directors, “be it on the factory floor or on the sports pitch.”

Henkel tested the system on the entire staff of its plant in Raciborz, Poland, a big facility on the southern outskirts of a medieval coal town, where 250 people work three shifts a day making and packaging powdered and liquid detergent for Central Europe.

The sensors were programmed to go off when two people were within 1.5 meters, roughly six feet, of each other for more than five seconds.

The sensors measure distance using ultra-broadband signals, which Kinexon says are more accurate and use far less energy than Bluetooth signals, the other technology often found in coronavirus tracing apps. 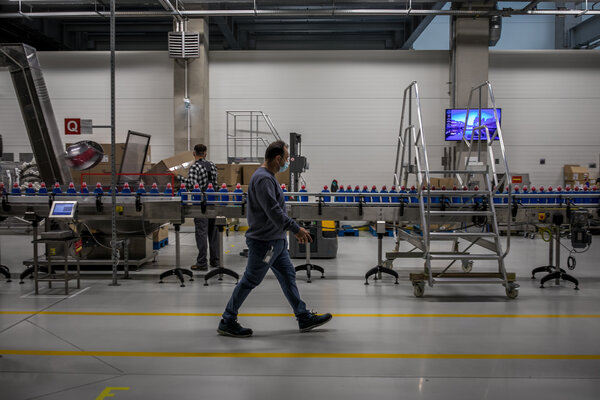 Mirella Zielinska, who has worked at the Raciborz plant for five years, said she had quickly gotten used to wearing the device on her wrist. In a fast-moving production line where one of the duties is packing detergent, it reminded her to keep her distance, she said.

“At first we were maybe a bit worried, but it seems so normal now,” Ms. Zielinska said in a Skype interview while sitting in an office at the plant.

That’s not to say the unexpected doesn’t sometimes happen. The sensor detects distances through bathroom stall dividers, for example, triggering the alarm at unwelcome times. And during the interview, a colleague of Ms. Zielinska’s poked his head into the office, wondering what she was doing. Before she could answer, both beepers had gone off.

The workers wear the sensors throughout their shift, reminding them to keep their distance even during lunch in the canteens.

Adrian Wycisk, the plant’s manager, compared the sensors’ chimes to the alert in cars when people haven’t put on their seatbelts. “It ultimately changes the behavior in drivers,” he said, adding that he has seen a marked improvement in workers’ keeping a safe distance.

The system stores, for several weeks, information on when a worker was near other workers — a potentially useful tool for tracing interactions if a worker becomes infected, but one that raises worries about management’s keeping tabs on a worker’s movements all shift long.

Henkel said that it gave only a small number of senior managers access to the data, and that the company had distributed pamphlets explaining to workers that the badges would never be used to track their movements. The data records which employees interacted, not where the interaction took place. Mr. Wycisk said Henkel had vowed to retrieve the information only if a coronavirus infection needed to be traced.

The German union that represents Henkel workers declined to comment about the technology.

In the long run, the technology could also help Henkel reconfigure some of its production procedures to avoid close contact, Mr. Weber said.

Kinexon has sold the technology to a number of well-known German manufacturing and cargo companies — the tire maker Continental and the logistics giant DB Schenker were early adopters. Kinexon said it has worked with American companies, but that it was contractually obligated not to release their names.

Overall, the company said it is supplying the technology to over 200 companies worldwide. It estimates its badges have prevented 1.5 million contacts a day, a difficult number to confirm. The sensors are priced between $100 and $200 each.

The six-week test in Raciborz, during which no worker tested positive, persuaded Henkel to roll out the technology in its cleaning-chemicals production sites over the next year. How many of the company’s 52,000 employees worldwide ultimately wear the technology depends on how long the pandemic continues.

If the vaccines are successful and the pandemic is overcome sometime this year, Mr. Weber said, he plans to the reuse the sensors for their original intent: to avoid collisions between workers and forklifts. The fact that such plans would require fewer badges than Henkel acquiring is not a concern.

“I would still say that it is a success,” he said.