Home » Business » ‘Our hearts are hurting.’ April the Giraffe, who became a YouTube sensation, dies at Animal Adventure Park

‘Our hearts are hurting.’ April the Giraffe, who became a YouTube sensation, dies at Animal Adventure Park

April the Giraffe, an internet sensation whose pregnancies and livestreamed births at Animal Adventure Park in New York captured hearts across the world, has died.

The park announced April was euthanized after suffering from worsening arthritis, a condition the giraffe’s veterinary team said is amplified in larger animals.

Two of April’s sons — Tajiri, who resides at Animal Adventure, and Azizi, who died at a Texas zoo in October 2020 — were born in front of a YouTube audience that generated worldwide attention.

“Unfortunately, over time, what we saw was April increasingly shifting her weight from limb-to-limb, a continual decline in mobility and spending a lot more time laying recumbent,” the veterinary team said in a statement. 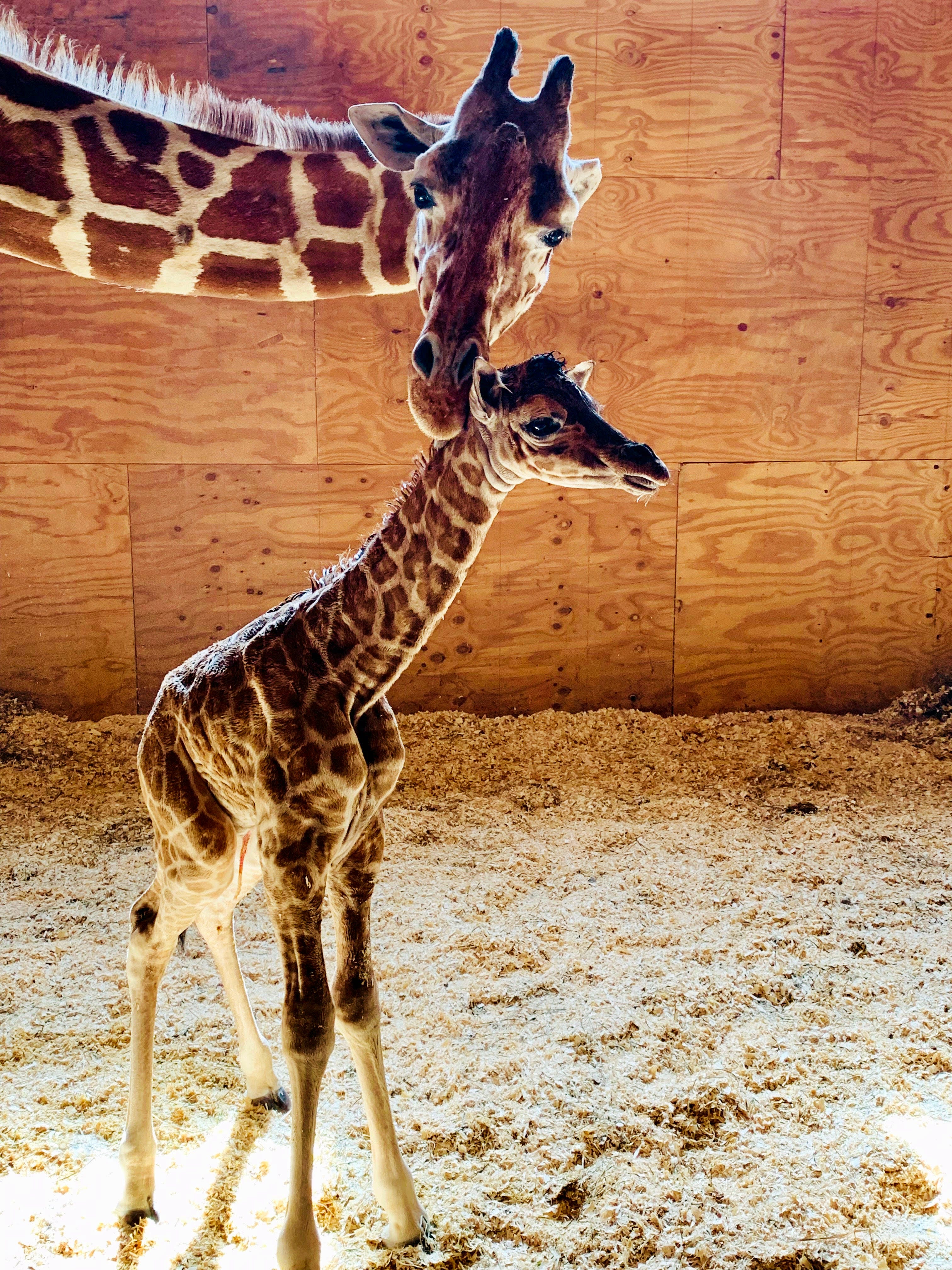 April was euthanized Friday in Harpursville, New York. Animal Adventure’s veterinary team said her body was taken to Cornell University Veterinary School for a necropsy and she will be cremated.

Her ashes will be returned to Animal Adventure Park.

The veterinary team said a recent set of radiographs, taken in March to evaluate April’s condition, showed “significant and progressing degeneration” of the joints in her lower leg.

“The severity of her condition has been outpacing our ability to control April’s comfort,” the team said in a statement.

April was 20 years old and first arrived at the park in September 2015. A giraffe’s average life expectancy in the wild is up to 15 years, up to 25 in captivity. April had given birth to five calves.

Animal Adventure Park leaders said she was “in her golden years” at the park.

When Animal Adventure Park owner Jordan Patch bought the 20-acre sloping stretch of land and opened the doors in 2013, he hoped he’d have a giraffe in the park by the time the park was five years old.

He quickly acquired two: Oliver and April, who would become the parents of Tajiri, the giraffe calf whose anticipated birth connected millions of people virtually.

Friendships blossomed in the livestream comment section, fans from around the world made pilgrimages to visit the famous 16-foot YouTube star and, inside the park, keepers and staff looked to April as a member of their family.

Patch said he and his staff knew this day would eventually come. Still, “our hearts are hurting,” he said.

“She will be deeply missed and fondly remembered,” Patch said. “April, in her own special way, changed the world.”