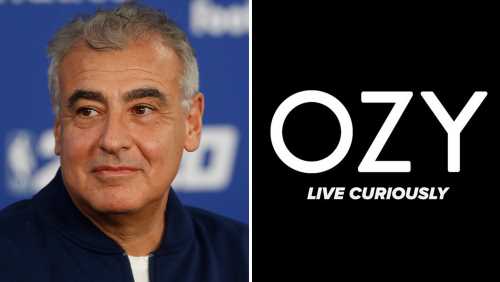 The heat on Ozy Media has been turned up a notch after its chairman, Marc Lasry, decided to step down from the digital company.

The billionaire hedge-funder and co-owner of the NBA’s Milwaukee Bucks opted out in the wake of a damaging New York Times report about Ozy. He had just been named chairman last month, but the climate has shifted dramatically around the company, which has become the most talked-about name in media, and not in a good way.

“I believe that going forward Ozy requires experience in areas like crisis management and investigations, where I do not have particular expertise,” Lasry said in a statement shared with multiple media outlets. “For that reason, I have stepped down from the company’s board. I remain an investor in the company and wish it the best going forward.”

Times media columnist Ben Smith revealed that COO and co-founder Samir Rao had impersonated a YouTube executive during a conference call with Goldman Sachs concerning a potential investment. Ozy founder Carlos Watson explained that Rao had been suffering from a mental health crisis. Lasry at the time delivered a statement to Smith saying that the board had been satisfied with the way the Rao matter had been handled, describing it as an “unfortunate, one-time event.”

Now, the possibility of a criminal probe or further consequences from the episode looms over the company, which was founded in 2013 and valued itself at $159 million as of 2020. A day before Lasry’s decision to exit, marquee hire Katty Kay, a former longtime BBC personality, departed. In a statement, she called the Times allegations “deeply troubling.”

Rao has taken a leave of absence, and the company hired a law firm for an internal investigation of its businesses activities. It company said it will “continue to review the company’s leadership in the coming months.”

Along with the conference call issue, Ozy has also faced questions about its proclamations about its footprint. Smith has questioned the company’s reports about its traffic, YouTube views and social following, and his column ushered in days of speculation about Ozy’s legitimacy. While it has funding from a number of pedigreed sources, the reach of its news reports and videos has been questioned by a number of media vets.

In addition to head-scratching stats — social-media followings in the hundreds of thousands, but engagement by only a tiny fraction — the company has been found to misquote or exaggerate press it has received.