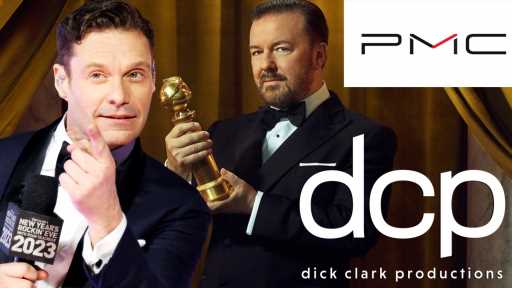 Penske Media Eldridge (PME) has acquired of Dick Clark Productions (dcp), the largest owner and producer of televised live entertainment programming. The deal is part of a larger strategic alliance with Eldridge augmenting its existing partnership with Penske Media’s (PMC’s) entertainment media brands and SXSW. PME is a PMC subsidiary and joint venture between Penske Media Corporation and Eldridge. PMC is the owner of Deadline.

dcp is recognized globally for its live award shows and other music entertainment programs, including the Golden Globe Awards, American Music Awards, Academy of Country Music Awards, Billboard Music Awards, Dick Clark’s New Year’s Rockin’ Eve, So You Think You Can Dance, in partnership with 19 Entertainment, and the Streamy Awards. This deal marks the continued expansion and investment in Penske Media Eldridge’s live event portfolio which includes SXSW, Life is Beautiful, ATX TV festival and LA3C. There are 60 years of archived titles of past shows, historic programs, specials, performances and legendary programming in the dcp archives.

Deadline will retain its editorial independence, as was evidenced by the critical gaze cast on the recent Golden Globes broadcast, which followed turmoil, abuses, and changes in the Hollywood Foreign Press Association and returned to NBC in the final year of its long association with the broadcaster and NBC Comcast.

“I am thrilled to expand our partnership with Eldridge and Todd,” said CEO and Founder of Penske Media, Jay Penske. “I have long admired dcp’s portfolio of iconic and prominent live entertainment brands and look forward to growing and evolving dcp’s footprint and legacy for future audiences across all platforms.”

“At Eldridge, we seek to grow businesses that stand the test of time,” said Todd Boehly, Chairman and CEO of Eldridge. “Our decision to build upon our partnership with Penske Media, with whom we already have a deep alliance around media and publishing, is in service to that goal – so dcp may continue to flourish for many decades to come.”

Founded in 1957, dcp owns and produces some of the most enduring and prestigious awards shows, TV specials and IP archive libraries in the entertainment industry worldwide. Penske Media Eldridge will assume full control of dcp’s operations in the coming weeks. As part of the deal, Adam Stotsky will be stepping down as President after a period of transition.