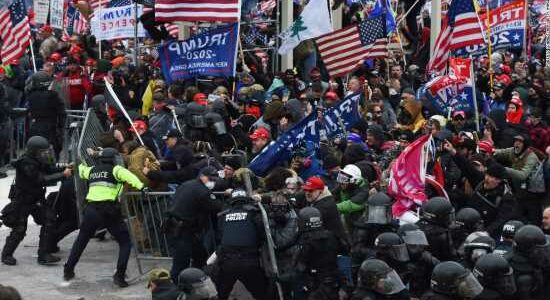 Pro-Trump mob breaks into US Capitol

New York (CNN Business)The National Association of Manufacturers, one of the most influential business groups in the US, called on Vice President Mike Pence Wednesday to consider removing President Trump from office.

The statement from NAM, the nation’s largest manufacturing association, marks perhaps the strongest political statement by a major business group in modern history.
Pence “should seriously consider working with the Cabinet to invoke the 25th Amendment to preserve democracy,” NAM CEO Jay Timmons said in a statement. 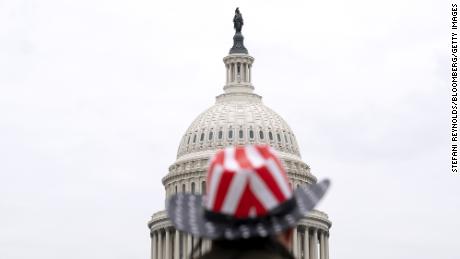 The comments show just how dismayed Corporate America is over the ongoing attack on democracy. NAM, founded in 1895, is one of the oldest and most powerful business groups in the nation, representing small and large manufacturers in all 50 states.
The comments come after Trump supporters stormed the US Capitol, interrupting the joint session of Congress counting Electoral College votes. Pence was evacuated during the chaos.

“The outgoing president incited violence in an attempt to retain power, and any elected leader defending him is violating their oath to the Constitution and rejecting democracy in favor of anarchy,” Timmons said. He added, “This is not law and order. This is chaos. It is mob rule. It is dangerous. This is sedition and it should be treated as such.”
JPMorgan Chase CEO Jamie Dimon, one of America’s top business leaders, also condemned the violence in Washington.
“This is not who we are as a people or a country. We are better than this,” Dimon said in a statement. “Our elected leaders have a responsibility to call for an end to the violence, accept the results, and, as our democracy has for hundreds of years, support the peaceful transition of power. Now is the time to come together to strengthen our exceptional union.”
Jeffrey Sonnenfeld, founder of Yale University’s Chief Executive Leadership Institute, said the condemnation from NAM is unprecedented.
“Everyone in the business community is horrified,” Sonnenfeld told CNN Business.
Sonnfeld agreed with NAM’s call for Pence and the Cabinet to consider the 25th Amendment. “The business community will give them back-up,” he said.
In a similar vein, the Business Roundtable, whose CEO members lead companies that employ nearly 19 million people, called on Trump and other officials to “put an end to the chaos and to facilitate the peaceful transition of power.”
“The chaos unfolding in the nation’s capital is the result of unlawful efforts to overturn the legitimate results of a democratic election,” the Business Roundtable said in a statement.

The US Chamber of Commerce CEO Thomas Donohue called on Congress to gather “this evening to conclude their Constitutional responsibility to accept the report of the Electoral College.”
IBM CEO Arvind Krishna said in a tweet that the company “condemns today’s unprecedented lawlessness and we call for it to end immediately.” The condemnation comes a day after IBM announced the hiring of Gary Cohn, Trump’s former senior economic adviser.
Source: Read Full Article

Dear Nirmalaji: ‘Everybody should be given a job’

The 'buy now, pay later' boom is minting a new class of billionaires
We and our partners use cookies on this site to improve our service, perform analytics, personalize advertising, measure advertising performance, and remember website preferences.Ok