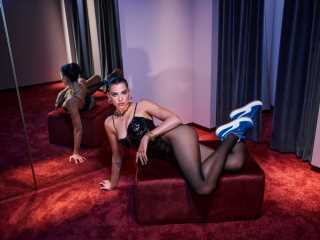 Despite the fact that around a third of Puma’s stores remain closed in Europe, the German sportswear brand boasted sales growth of 25.8 percent in the first quarter of this year.

Puma reported sales of 1.55 billion euros between January and March, a significant improvement on the same quarter last year, when the COVID-19 pandemic first hit.

In Q1 of 2019, the company reported sales revenues of 1.32 billion euros. The latest quarter represented an increase on sales of 1.52 billion euros in the last quarter of 2020, indicating an ongoing recovery over the past six months.

“We feel confident that 2021 will be a better year than 2020,” chief executive officer Bjorn Gulden said in a statement. “Our objective continues to be maneuvering through this difficult time as well as possible in the short term, without hindering the mid-term momentum of Puma.”

Puma made most of its money in its home region, Europe, in the first months of the year, with sales there totaling 572.4 million euros. That equaled an increase of 14 percent, currency adjusted, compared to the same time last year.

Puma saw much bigger increases in the Americas and in Asia-Pacific, with sales there rising 38.5 percent and 28.8 percent respectively.

The 2021 Oscars: See All the Red Carpet Fashion Looks

As with many other companies forced to sell online during the pandemic, Puma’s e-commerce sales continued to speed forward, rising 74.9 percent in the first quarter alone. The company doesn’t reveal how much of its direct-to-consumer business, which includes its own stores, is made up of e-commerce, but direct sales rose 31.3 percent overall to 346.8 million euros.

Puma also recorded 116.7 percent growth in its EBIT to 154.3 million euros over the first quarter. The huge growth is a result of the fact that EBIT had halved over the same quarter last year, diving 50 percent to hit 71.2 million euros. Nonetheless, the rise in EBIT still reflected growth of around 8 percent when compared to more stable times in 2019: Back then, Puma’s EBIT in the first quarter was 142.5 million euros.

In a statement, the company warned of turbulent times ahead. Challenges include ongoing lockdowns, store closures, international relations and shipping issues, it said. But it was confident enough to predict growth in the mid-teens for the rest of 2021.