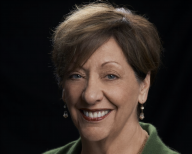 Rachael Stanley, the longtime executive director of the Costume Designers Guild, IATSE Local 892, has retired. Before she started working for the union in 2004, Stanley designed costumes on such shows as Ally McBeal, Sisters and Sabrina the Teenage Witch. She has been succeeded in the post by Brigitta Romanov, formerly the local’s assistant executive director, who designed costumes on Glee.

Stanley said that she is most proud of the work she’s done to educate her members about negotiating deals above the minimum scale provided for in the local’s contracts. “It’s a very well-kept secret in the industry that a female- and gay men-dominated local is one of the very lowest paid in the industry,” she told Deadline, noting that about 86% of the local’s members are women.

To educate members about their rights to negotiate deals above scale, she has taught seminars for IATSE members in the U.S. and Canada. “Even before I came to the job, costume designers were underpaid. I was a very tough negotiator for our salaries and had gained a reputation for being able to raise the bar on salaries in episodic TV,” she said. “Helping members to understand how they could negotiate and increase their salaries has been very rewarding, and that’s where I put a lot of my focus.”

Fifteen-hour days are not uncommon, she said, and yet, up until this year when IATSE negotiated a new film and TV contract, employer pension and health contributions for costume designers were capped at 12 hours. Under the new contract, those contributions will now be capped at 14 hours.

Her local was one of five of 13 Hollywood locals that voted – 51% to 49% – to reject the contract last month, although she’d been planning to retire long before that. “I was very sad to see that result,” she said, but was pleased that the contract, which she supported, was ratified.

“I fought for better salaries and benefits for our members, and the guild is still fighting for them, and we have excellent support from IATSE international president Matt Loeb, who helped us get better salaries for the underpaid people in (Script Supervisors) Local 871. It’s been a long road to hoe, but we’ve been picking away at it.”

She said she’s also proud of the work she’s done to combat sexual harassment in the workplace. “We are in sitting rooms with actors all the time, but sometimes with male actors and female designers we would have issues with sexual harassment. I advised members on that – to never go to an actor’s home for a sitting, and to make sure other people are around.”

Having been a costume designer herself, Stanley said that she was “adamant” that she be replaced at the local by someone who had also been a designer. I am really happy to say that I was able to take on Brigitta Romanov, who is bringing great understanding to the job. I couldn’t be more proud to have her to take my place.”