New York (CNN Business)Last year, when Applebee’s sales took a hit in the pandemic, the chain slimmed down its menu. Now its sales are recovering, but Applebee’s is sticking with the change.

“We’re going to keep [the menu] lean,” Applebee’s president John Cywinski told CNN Business. During the pandemic, Applebee’s cut down its menu from about 160 items to roughly 100, he said. The goal is to keep the menu at about 100 items going forward, he said.
Applebee’s (DIN) removed items that were complicated to prepare and didn’t sell particularly well. Some examples: BBQ brisket tacos, sweet and savory grilled chicken, clam chowder, loaded potato soup, a brunch burger and the chain’s triple bacon burger.

Without items like those on the menu, “the food comes out faster,” Cywinski said. It “comes out tasting great, very consistent,” he added, noting that overall, the change “makes the restaurant more efficient.” 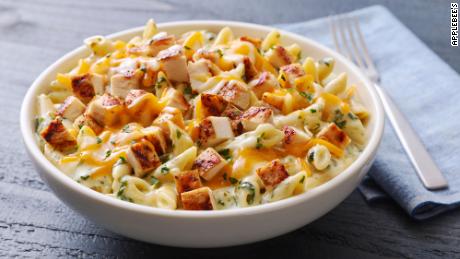 When Applebee’s first removed items from its menu, the brand was trying to simplify operations during a difficult time. Its restaurants had furloughed employees and pivoted to takeout or delivery, a largely unfamiliar channel for the chain.

Like other casual dining chains, sales at Applebee’s plunged during the pandemic. In 2020, sales at locations open at least a year dropped about 22%. But in the first quarter of this year, sales at those restaurants jumped about 12%, showing signs of a recovery.
A smaller menu doesn’t mean a static one. Applebee’s recently brought back its Irresist-A-Bowls, made with chicken or shrimp atop rice and vegetables, pasta or mashed potatoes. Applebee’s launched the product in January 2020 for a limited time and briefly brought it back over the summer. It’s brought back other items, like chicken wonton tacos and riblets, for a limited time, and is planning to add other items to the menu in the future.
But when enough new items are brought on, others will have to go.

“The team will have to be very thoughtful about every single product or beverage they introduce, and the consequence of it from a complexity standpoint,’ Cywinski explained. “We’re going to make those trade-offs.”
That could mean upsetting some customers, he acknowledged. “Any time you take a product off, people are disappointed,” he said. To appease those guests, Applebee’s can point them to comparable menu items.
Source: Read Full Article