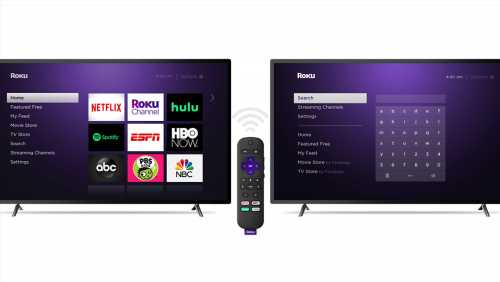 Roku has followed through on its threat to remove streaming bundle YouTube TV from its platform, in a dispute it has characterized as more about principle than dollars.

The streaming provider had warned on Monday that it would unplug YouTube TV unless the Google-owned streaming outlet agreed to certain curbs on search and data use. It charges that YouTube has leveraged Google’s massive resources to manipulate search results in a way that compromises Roku users’ experience and hoards sensitive customer data.

“We are disappointed that Google has allowed our agreement for the distribution of YouTube TV to expire,” Roku said in a statement, adding that it “has not asked for one dollar of additional financial consideration from Google to renew YouTube TV.”

With more than 3 million subscribers, YouTube TV is one of the leading players in internet-delivered TV bundles, which have become a popular subset of the larger pay-TV arena. Because Roku’s interface runs one-third of all smart TVs in North American, a large number of YouTube TV subscribers will lose access to all channels today. The service went dark at 8AM ET. Across smart TV and its own connected devices, Roku had 51 million active accounts as of the end of 2020.

The main YouTube app is under a separate distribution agreement and is not affected by the YouTube TV blackout.

A YouTube TV spokesperson did not immediately respond to Deadline’s request for comment. In a response to Roku’s charges on Monday, YouTube TV denied what it called “baseless claims” by Roku about data manipulation. It insisted it was negotiating in good faith.

Below is a statement from Roku, which has been echoed in an email to its customers this morning.

​We have only asked Google for four simple commitments. First, not to manipulate consumer search results. Second, not to require access to data not available to anyone else. Third, not to leverage their YouTube monopoly to force Roku to accept hardware requirements that would increase consumer costs. Fourth, not to act in a discriminatory and anticompetitive manner against Roku. ​

Because our contract has expired, we have removed YouTube TV from our channel store. To continue to provide our users with a great streaming experience, we are taking the extra step to continue to offer existing subscribers access to YouTube TV on the Roku platform unless Google takes actions that require the full removal of the channel. Because of Google’s conduct, new subscriptions will not be available going forward until an agreement is reached.   ​

It is well past time for Google to embrace the principles that have made streaming so popular for millions of users by giving consumers control of their streaming experience, by embracing fair competition and by ceasing anticompetitive practices. We believe consumers stand to benefit from Google and Roku reaching a fair agreement that preserves these principles and we remain committed to trying to achieve that goal.