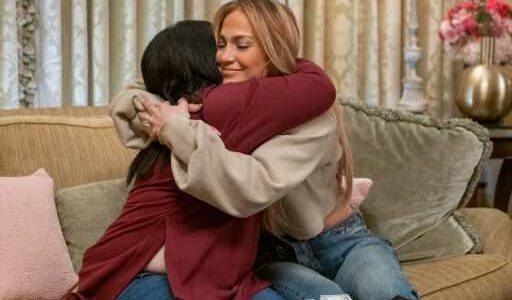 Roku presented its first original programming slate to media buyers at the NewFronts, showcasing programming acquired in separate deals with Quibi and This Old House.

In a 30-minute virtual pitch, the streaming provider noted the median age of its viewers is 39 (compared with 60-plus for the broadcast networks), and they are less tethered to the traditional cord. About 57% of Roku users have no pay-TV subscription, but many of them are willing to pay for SVOD services like Netflix and Disney+.

Roku Originals include a number of the shows that had a brief run on the now-defunct Quibi. Jeffrey Katzenberg’s mobile-focused subscription streaming outlet fizzled last fall, after burning through most of its $1.75 billion in start-up capital. Not surprisingly, no mention was made in the presentation that shows like Dummy, Survive and The Fugitive had had a previous life in streaming. They formally joined Roku in a deal announced last January, with This Old House programming following next, though the longtime public TV staple will continue to air first on public linear stations before migrating to streaming.

Both properties are part of the Roku Channel, which reaches households with 70 million viewers and has more than doubled its reach over the past year. The most-viewed ad-supported destination across all of Roku, the channel offers a mix of live and on-demand TV and film programming.

A few of the former Quibi originals got extra emphasis during the presentation. Among them were #FreeRayshawn, the Emmy-winning, Antoine Fuqua-directed show; Jennifer Lopez-fronted celebrity philanthropy series Thanks a Million; and Die Hart with Kevin Hart and John Travolta.

Roku showed brief clips from a number of series, but there was no mention of how the advertising experience would work. In keeping with the original company’s name, which was short for “quick bites,” the shows’ episodes had running times of 7 to 10 minutes. Executives have previously said they plan to roll out shows gradually, starting later this year.

A shorter nod to This Old House teased new programming announcements, but stuck with a simple “stay tuned for more” message and an affirmation of the show as the pioneer among home-improvement series. The lack of news appeared to be largely a function of time — the announcement of the acquisition of the show along with its library and studio was made just a month and a half ago.

The company does not break out advertising as a specific line item in its financial reports. When it released fourth-quarter numbers, it said platform revenues, the category that includes ads, rose 78% compared with the same period in 2019, to $740 million. While Roku started out focused on making boxes and dongles, it has shifted toward its platform, licensing the interface to smart-TV makers and emphasizing advertising. Platform revenue now makes up almost two-thirds of the company’s total sales.

Alison Levin, Roku’s VP of global ad revenue and marketing solutions, said the company had recorded “a lot of firsts over the past year.” Capturing the theme of the day, she urged buyers, “It’s time to start with streaming.”