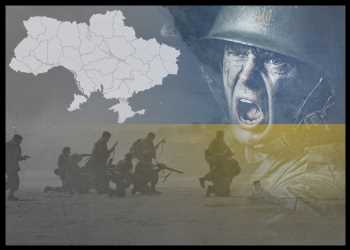 Russia’s Defense Ministry has claimed that 1,730 Ukrainian soldiers have surrendered at Mariupol’s massive Azovstal steel plant this week, and more than half of them have been taken to a former prison colony in a Donetsk region controlled by Russia.

In a statement, it said 771 fighters have surrendered in the last 24 hours. Out of it, 80 troops were wounded. The Ukrainian government has not confirmed this report.

Azovstal steelworks, Ukraine’s last stronghold in the south eastern port city, has fell to Russian forces as hundreds of Ukrainian soldiers who were holding out there for weeks were evacuated to Russian-controlled territory.

Italian Prime Minister Mario Draghi has called for an immediate truce in Ukraine to pave the way for peace talks.

Ahead of a G7 finance ministers’ meet in Germany on Thursday to discuss rebuilding Ukraine’s economy, German Chancellor Olaf Scholz proposed setting up a solidarity fund to help reconstruction efforts in the war-ravaged country

President Joe Biden is set to meet Swedish Prime Minister Magdalena Andersson and Finnish President Sauli Niinistö at the White House to discuss the two Nordic countries’ NATO applications and European security, as well as strengthening close partnerships across a range of global issues and support for Ukraine.

The meeting is scheduled to be held at 9.15 AM ET.

At a news conference Wednesday, White House Press Secretary Karine Jean-Pierre said the United States and its European allies are prepared to send a very clear message that they will not tolerate any aggression against Finland or Sweden during this process.

“And there are practical measures that we can take along those lines that Secretary Austin will coordinate with his counterparts in both Finland and Sweden,” she told reporters.