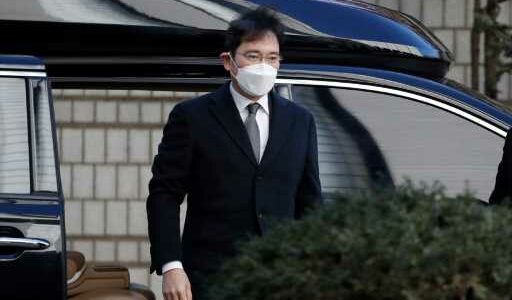 The vice chair and heir of Samsung will be back behind bars after a bribery and embezzlement sentence handed down by a South Korean appeals court, clouding the future leadership of the tech giant.

Lee Jae-yong was taken into custody for a two-and-a-half year term – the latest development in a three year-plus legal saga that has roiled Samsung and was part of a larger corruption scandal that brought down the government of former President Park Geun-hye. Two other executives of the multinational received the same sentence, according to press reports.

Shares of Samsung, which are traded on the Korea Stock Exchange, fell nearly 4%.

Lee, the son of late Samsung chairman Lee Kun-hee, was originally found guilty of bribery in 2017. He served less than a year of a five year prison term after an appeals court threw out some charges and suspended his sentence. Today’s verdict follows a retrial. The original case charged Lee with paying about 30 billion won ($27 million) to President Park and her confidant Choi-Seo-won in return for their help in succeeding his father at Samsung’s helm.

Leadership at one of South Korea’s flagship enterprises has been in turmoil since 2014 when the elder Lee fell into coma. He retained the title of chairman and his son operated as de facto leader. He passed away last year.

Lee can appeal the verdict to the Supreme Court if he chooses to. His attorneys said in a statement: “This case is, in essence, a violation of corporation’s rights to freedom and property by the former president abusing her power.”

He faces a separate trial over a controversial 2015 merger. Lee and ten other Samsung executives were indicted last year on allegations of illegal transactions, stock manipulation and perjury and that case is still pending. That case involved a merger between two Samsung affiliates that the suit said helped Lee increase control over Samsung Electronics, the conglom’s crown jewel.