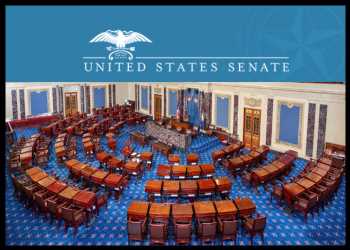 The U.S. Senate passed the Infrastructure Investment and Jobs Act on a broad bipartisan vote, seen as a political victory for President Joe Biden’s Build Back Better Agenda.

The Infrastructure Bill, that could provide the nation’s biggest investment in decades in roads, bridges, airports and waterways, was passed on Tuesday by a 69-30 vote, winning the support of 19 Republican Senators.

The bill will go to the Democratic-controlled House of Representatives.

This $1.2 trillion bill includes many of the President’s economic priorities, including record investments in minority-owned businesses, broadband infrastructure, expanded funding to track and address climate change, while also including the largest-ever federal investments in roads and bridges, clean drinking water and more.

Half of the bill — $550 billion — includes new federal investment in America’s infrastructure.

Among the historic investments included in the bill is more than $48 billion in funding for the National Telecommunications and Information Administration (NTIA) to fund state and local investments to help reach 100 percent access to affordable, high-speed broadband service. This is among the most significant government investment in broadband access and infrastructure in American history, and is a critical component of President Biden’s Build Back Better agenda.

The bill will also make permanent the Minority Business Development Agency (MBDA), enhancing its ability to promote and administer its flagship programs to promote the growth, development, and resiliency of minority-owned businesses.

Biden thanked the Republican Senators who supported this bill. He said the public investments contained in this bill will generate more jobs, higher productivity, higher growth for the U.S. economy over the long term.

“The investments in this bill will better position the United States to compete globally, strengthen our supply chains, and create millions of good-paying jobs – all while making our economy more resilient and just,” Secretary of Commerce Gina Raimondo said in a statement.