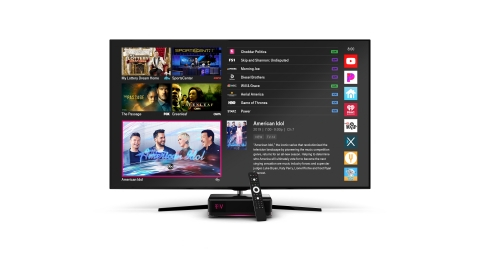 T-Mobile Shutting Down TVision, Installs Philo As Base Video Offering At $10 A Month, Sets YouTube TV As Premium Option

T-Mobile is winding down its months-old streaming bundle TVision, replacing it with discounts on Philo and YouTube TV.

Both services will be $10 off, making Philo just $10 a month and YouTube TV $55. The main difference between the two is sports. YouTube, which has passed 3 million subscribers, features a number of sports networks and live games. Philo, which went national in 2017, deliberately avoids sports as a way of keeping intact the price point of its $20-a-month bundle.

In a blog post announcing the move, T-Mobile CEO characterized the new options as a “major upgrade” over TVision. Reports have described internal frustration with the results of TVision, which was introduced before T-Mobile merged with Sprint in 2020 and soon added the Live and Vibe streaming packages. YouTube TV offers more than twice as many channels as TVision Live, Sievert noted.

Disney+ And ESPN+ Launch On Comcast Xfinity X1 And Flex

“Innovation seldom follows a straight line,” the CEO wrote. “Since launching the TVision initiative, we’ve learned a lot about the TV industry, about streaming products, and of course, about TV customers. We also saw trends that made us take a fresh look at how to best do in video what we always do: put customers first. With our TV software provider encountering some financial challenges and with our broader, strategic partnerships with Google and Philo, we saw an opportunity to deliver unique value to our customers and strengthen the TVision initiative with the best partners.”

The new setup allows T-Mobile to return to a more familiar role of wireless provider. The company will continue streaming partnerships with Netflix and MLB.tv.

Existing customers of TVision Vibe can get an introductory month of Philo for free.

For Philo, the broader access to T-Mobile’s customer base is the latest tailwind. The service, which carries networks from Discovery, AMC Networks, ViacomCBS, A+E Networks and others, was founded as a skinny bundle targeted to college campuses. In 2017, it launched commercially, aiming to take advantage of cord-cutting trends. While it trails some of the top services, with about 700,000 subscribers, it has held the line on prices and not experienced the carriage stress of higher-priced rivals.

“This partnership with T-Mobile takes Philo’s amazing value to another level,” McCollum said in a statement. “With T-Mobile’s leading 5G network and expansive customer base, this partnership will provide a massive boost to our shared vision of reinventing television by creating an experience people love as much as the shows they watch.”

TVision will wind down on April 29. In addition to the YouTube TV element, T-Mobile also announced a broad agreement with Google that will see services like Messages and Google One become default tools for its mobile users. Pixel and Android devices and their capabilities on T-Mobile 5G networks will also be promoted through the partnership.