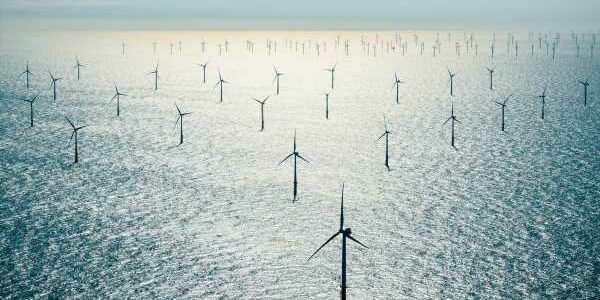 They have already upturned industries including global technology and retail and earned a fortune in the process. But the world’s richest people are now trying to make their mark on one of humanity’s biggest challenges: tackling climate change.

Bill Gates, Mark Zuckerberg and Jeff Bezos are all pledging huge sums to the fight, while Elon Musk sees it as his life’s work.

Whether driven by megalomania, legacy-building, or purer motives, they are committing serious cash, with Bezos’s US$10bn (NZ$14bn) Earth Fund the biggest pile of all.

In January, Breakthrough Energy Ventures, the venture capital fund led by Bill Gates, raised another $1bn from its backers who include the Virgin Group’s Richard Branson, Jack Ma, chairman of the Alibaba Group; and Reliance Industries’ Mukesh Ambani.

The group of 28 ultra-wealthy investors has poured cash into companies such as Boston Metals, which is developing ways to produce steel using electrolysis, and Commonwealth Fusion Systems, which is trying to develop compact fusion power plants. It is also working with the European Commission and Canadian government.

Billionaires are not known for their carbon-friendly lifestyles, and there are plenty who argue money would be better spent planting trees and scaling-up existing technology rather than the pursuit of novelty. But one thing is clear: Saving the planet has become a competitive sport among the uber-rich, with big implications. We profile some of the biggest spenders:

The Microsoft founder, worth an estimated US$130bn, admits he is an “imperfect messenger” on climate change. “I own big houses and fly in private planes,” he wrote earlier this year. “It’s true that my carbon footprint is absurdly high.” But Mr Gates and his wife, Melinda, have made it their mission to tackle the problem, putting their own wealth into cleaner energy ventures and galvanising their peers.

Having set up Breakthrough Energy Ventures, Gates is also funding solar-power developer Heliogen through his Gates Ventures family office. The Californian company is developing systems that use thousands of tiny, computer-controlled mirrors to harness energy from the sun. It recently achieved a major commercial breakthrough after it was picked by FTSE 100 global miner Rio Tinto to help replace gas-fired generation at its Boron mine in California, as a first step towards potential greater use.

Gates is also an enthusiast of nuclear power, founding TerraPower in 2006 to try and develop cheaper, smaller, nuclear power generators that produce less waste. In October, it was one of two US companies granted funding from the US Department of Energy to build advanced nuclear reactors to be operational within seven years. “We want to be open to ideas that seem wild,” he said previously.

Online shopping’s contribution to global warming is open to debate, with delivery vans arguably reducing some individual trips to shops. Amazon’s tally is clear, however. Its global carbon footprint in 2019 was 51.17m tons – equivalent to about one seventh of the UK’s entire emissions.

Having created the empire from his Seattle garage to solve customers’ shopping problems, founder Jeff Bezos is now tackling bigger dilemmas. In February 2020 he invested $10bn of his own money to set up the Bezos Earth Fund, which pledges to invest in scientists, activists, NGOS and “any effort that offers a real possibility to help preserve and protect the natural world”. “We can save the Earth,” Bezos wrote on Instagram.

The recipients of the first US$791m were announced in November, and include the World Wildlife Fund, Union of Concerned Scientists, and Salk Institute for Biological Studies, which was founded by Jonas Salk, who developed one of the first successful polio vaccines.

The Earth Fund has just poached Dr Andrew Steer from the World Resources Institute to be its chief executive. Former UN climate chief Christiana Figueres says the fund has “the potential to be a transformative force for good”.

The 38-year-old entrepreneur has been called “the most dangerous person in the world”, given the growing power of Facebook, the social media giant with more than 2.7bn users that he set up from his Harvard dorm room. It may be an attempt at atonement, but Zuckerberg is now putting his mind and estimated US$113bn fortune to climate change.

Launching Breakthrough Energy Ventures with Bill Gates in 2015, he argued progress towards sustainable energy was “too slow”. He is also developing technology he reckons could solve a different side of the problem: augmented reality glasses that could cut down people’s need to travel.

On a podcast last month he said: “The more that we can teleport around, not only are we eliminating commutes and stuff that’s kind of a drag for us individually, but I think that’s better for society and for the planet overall.”.”

The 90-year old Oracle of Omaha has long accepted the dangers of global warming, declaring in his 2016 letter to shareholders that it was “highly likely” that climate change posed a “major problem” for the planet.

“If there is only a 1 per cent chance the planet is heading toward a truly major disaster and delay means passing a point of no return, inaction now is foolhardy,” he said.

The record of his Berkshire Hathaway Energy, which owns power generators and cables and gas pipelines in the US and the UK, is more mixed. About 6pc of its investment was bound up in coal assets as of the end of 2020, while in July it placed a major bet on the future of gas, buying Dominion Energy’s transmission and storage network for $4bn. But the company has also been splashing out on renewables, investing $34bn in wind, solar, geothermal and biomass.

Meanwhile, in California’s deserted Salton Sea, it is trying to develop ways to extract lithium, needed for electric car batteries, from brine. “If an ark may be essential for survival, begin building it today, no matter how cloudless the skies appear,” Buffett said in 2016.

Of all the billionaires trying to save the planet, Elon Musk seems to be driven by the most visceral fear of people being wiped out – if not by climate change, then by artificial intelligence. “If humanity just happens to be in the way, it will destroy humanity,” the 49-year-old said in a documentary in 2018.

He has offered a practical solution to the climate change problem, however: developing electric cars that people want to drive. Tesla’s sales of about 500,000 vehicles in 2020 belie its huge influence on the car market, with bans on new petrol and diesel cars now looming in several parts of the world, including the UK. Its Powerwall home battery helps ensure clean power goes into the cars, enabling drivers to store solar power from panels on their roofs.

Musk is deploying some of his estimated $203bn fortune into other carbon-cutting efforts. In February, he launched a $100m fund to back projects to remove carbon dioxide from the atmosphere, to which some critics retorted that fossil fuels should just be left in the ground.

Despite his climate efforts, Musk is a major backer of Bitcoin, the crypto-currency whose energy consumption has come under fire from critics including Janet Yellen, the Treasury Secretary, due to the vast computing power required to power it.

The former presidential candidate built his reputation for tackling climate change as the three-term mayor of New York between 2002 and 2013, helping to cut the city’s carbon emissions and bringing in the smoking ban. In 2011, Bloomberg Philanthropies joined the Sierra Club, an environmental group, in a campaign to shut down coal-fired power plants in the US.

In September it announced that 60pc of the US’s coal fired power plants (318 out of 530) had closed since 2010, far beyond the campaign’s goal. In 2019, it announced a further $500m investment to campaign for a “low-carbon US” including stopping power plants using fracked gas.

Last month, Bloomberg Philanthropies invested £720,000 in air quality sensors in London, adding to a £779,000 investment from the mayor of London. “If you can’t measure it, you can’t manage it,” he has been known to say. President Biden is making tackling climate change a key part of US policy. If he fails, Bloomberg’s next tilt at the top job may have more success.