Home » Business » The Vegas Chapels Are Open, and Waiting 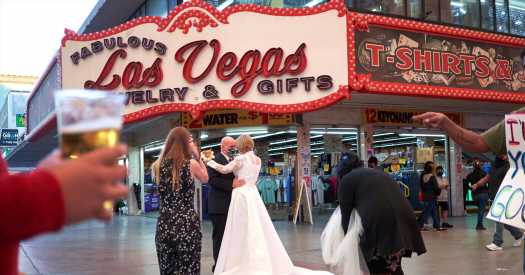 The Vegas Chapels Are Open, and Waiting

For couples seeking a quickie wedding, or a whimsical one, Las Vegas is ready.

On some days, the line at the city’s famed Marriage License Bureau — where the engaged need nothing more than photo IDs and a $77 fee — wraps around the block.

The bureau closed for six weeks at the start of the pandemic, but since reopening in late April, it has churned out licenses from 8 a.m. to midnight, seven days a week, including holidays. That license is the ticket to a legally valid marriage at one of the city’s dozens of chapels, which offer fast, budget-conscious services in themed settings ranging from elegant to rococo. 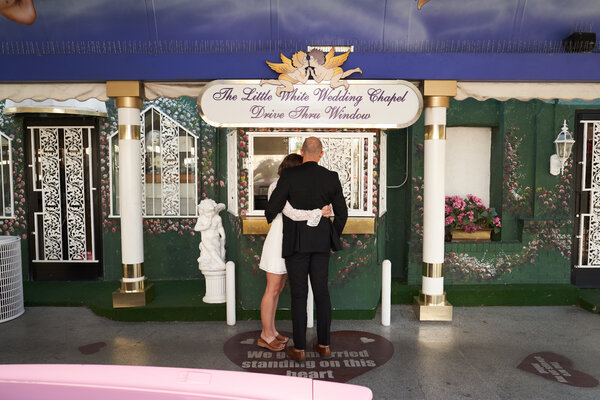 “In a way, Vegas is set up for something like this,” Lynn Marie Goya, the clerk of Clark County, Nev., said of the safety restrictions and other social changes the virus has wrought. The city’s neon chapels are filled with stand-alone rooms and private nooks for small ceremonies, which can be quickly cleaned between bookings. And they’re stocked with all the nuptial trappings — flowers, a photographer, props and even rings — for those seeking one-stop shopping. Some venues offer drive-through ceremonies and video streams of the events for friends and family.

Despite its popularity, the city’s wedding trade, like many other industries, was battered this year by the slowdown in tourism and shutdowns caused by the virus. Losing the city’s normal deluge of international visitors has especially hurt. Ms. Goya’s office issued just over 50,000 licenses this year through the end of November, a 24 percent drop from last year’s total over the same period.

But those in the business see glimmers of hope. October was the busiest month ever at Vegas Weddings, said Melody Willis-Williams, the venue’s executive director.

“There are couples who have planned two or three weddings already and don’t want to go through the pain of telling everyone and rescheduling again. So they say ‘Enough, let’s go to Vegas,’” Ms. Willis-Williams said. “With the way things are going, people don’t want to wait to express their love.”