AUSTIN – Three people were pronounced dead at the scene of a shooting Sunday in Northwest Austin and a manhunt was underway for the killer, authorities said.

The Austin-Travis County EMS, which responded to the scene, described an an “active attack/shooter incident.”

Police said the incident was reported shortly before noon at an apartment complex near the Great Hills Plaza and The Arboretum shopping centers.

“While a suspect is still at large it appears this is a domestic situation that is isolated and there is no risk to the general public,” police said on Twitter. The shooter, however, apparently remained at large.

“All residents are advised to shelter in place,” police said on social media.

Police, fire and EMS responded; helicopters buzzed over the scene. EMS said on Twitter that there were no reports of other injuries.

“All assets staged & prepared to enter into the immediate incident location,” the agency tweeted. “This is still an active scene, please continue to avoid the area.”

The rampage was the latest of several shooting attacks across the nation, including one earlier Sunday in Kenosha, Wisconsin, that left three people dead. Mass killings have claimed four or more American lives every week for the past six weeks, leaving dozens dead and several more people wounded in their wake.

President Joe Biden’s calls for tighter gun restrictions to combat the carnage have drawn little support in Texas. The shooting comes two days after the Texas House of Representatives approved and sent to the state Senate a bill that would allow anyone at least 21-years-old to carry a handgun without a permit.

State representatives passed House Bill 1927 largely along party lines in the third and final reading Friday, sending the piece of legislation to the Texas Senate. 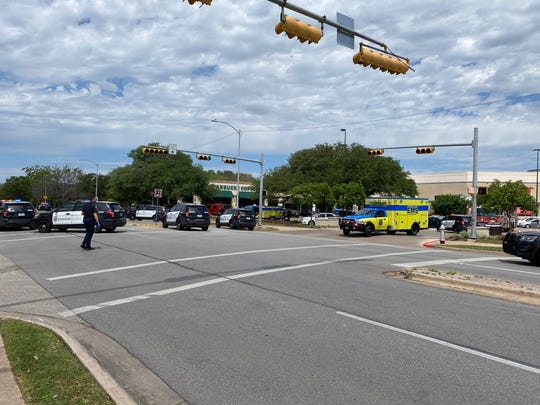