Home » Business » To Plug a Pension Gap, This City Rented Its Streets. To Itself. 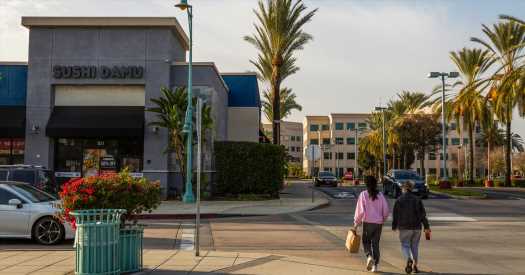 To Plug a Pension Gap, This City Rented Its Streets. To Itself.

The City of Tucson, Ariz., decided last year to pay rent on five golf courses and a zoo — to itself. In California, West Covina agreed to pay rent on its own streets. And in Flagstaff, Ariz., a new lease agreement covers libraries, fire stations and even City Hall.

They are risky financial arrangements born of desperation, adopted to fulfill ballooning pension payments that the cities can no longer afford. Starved of cash by the pandemic, cities are essentially using their own property as collateral of sorts to raise money to pay for their workers’ pensions.

It works like this: The city creates a dummy corporation to hold assets and then rents them. The corporation then issues bonds and sends the proceeds back to the city, which sends the cash to its pension fund to cover its shortfall. These bonds attract investors — who are desperate for yield in a world of near-zero interest rates — by offering a rate of return that’s slightly higher than similar financial assets. In turn, the pension fund invests the money raised by those bonds in other assets that are expected to generate a higher return over time.

If they can pull off the strategy, cities issuing these bonds can reduce their pension bills by an amount that’s the difference between what they earn and what they pay out. But as with any strategy based on long-term assumptions, there is risk.

Taxpayers can still owe the pension fund money if the investments don’t get the return they expect. And although most municipal debt is considered bulletproof because a government pledges to make its creditors whole in the event of a default, bonds like the ones West Covina issued don’t have that guarantee.

“It boggles my mind that anyone would buy these bonds,” said Jessica Shewmaker, who was a member of West Covina’s City Council when an investment banker pitched the idea last year as a way to cover a $1.2 million monthly bill from the California Public Employees’ Retirement System, or CalPERS. “These are streets that haven’t been paved in 20 years.”

Around the country, towns and cities are increasingly embracing more aggressive investment strategies as they struggle to cover funding gaps in their pension programs. The total public pension shortfall nationwide is about $4.7 trillion, according to Pension Tracker, a project of the Public Policy Program at Stanford University.

Many states have been trying to beef up their pension systems, which often means telling local governments to send in a lot more money. Few towns have cash just sitting around these days, but they can borrow it long term from investors, with maturities so far in the future that it feels like free cash. West Covina’s bonds, for instance, don’t need to be repaid for 24 years.

When a municipality borrows money for a public project, like a new road or bridge, it typically issues a general obligation bond, often after getting voter approval. These are the backbone of municipal finance, and come with robust guarantees — courts can force borrowers to pay, even if it means raising taxes.

But it’s different when a municipality borrows to cover a pension shortfall. Usually, this is done with a pension obligation bond. These also require voter approval in some states, but typically come with fewer guarantees to their buyers.

It gets murkier when municipalities use West Covina’s approach. Because the bond is issued by the dummy corporation, it’s often called something else — a “lease revenue bond,” in West Covina’s case — and doesn’t necessarily need voter approval.

The consequences of this approach became clear after Detroit declared bankruptcy in 2013 and couldn’t pay its creditors in full.

Like West Covina, Detroit had used dummy corporations to borrow money after it had been ordered to fund its pension. A few years later, in bankruptcy, Detroit tried to repudiate the $1.4 billion pension borrowing, calling it a sham transaction that used the dummy corporations to get around a legal debt limit. When the dust settled, the bondholders got about 14 cents on the dollar. The city’s retirees took haircuts, too. 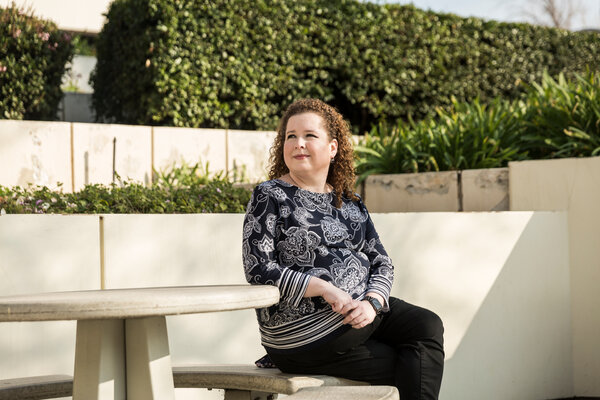 The website of the 20,000-member Government Finance Officers Association, whose stated mission is to “advance excellence in public finance,” fairly screams: “State and local governments should not issue P.O.B.s.”

That hasn’t deterred governments. Nationwide, cities and states issued $6.1 billion in pension obligation bonds in 2020, more than in any year since 2008, according to data compiled by Municipal Market Analytics, a research firm. States with significant new pension borrowings last year included Arizona, Florida, Illinois, Michigan and Texas. In California, cities borrowed more than $3.7 billion to squirrel away at various public pension funds, breaking the old state record of $3.5 billion, set in 1994.

It’s a major comeback for this type of debt, said Matt Fabian, a partner at Municipal Market Analytics who has been writing about the deals for years. “They’re borrowing money and basically putting it into the market and gambling,” he said.

The street rent that West Covina, a onetime outpost of citrus growers some 20 miles east of Los Angeles now engulfed in sprawl, pays the dummy corporation is essentially the money to service the debt. By issuing that debt, the city was able to make a lump-sum payment of about $200 million to CalPERS.

Like many city pension plans that CalPERS manages, West Covina’s is only partly funded. CalPERS treats the shortfall of roughly $200 million as a loan it has made to West Covina, charging 7 percent interest. That’s an extraordinary rate in today’s environment, but CalPERS uses it because that’s the return that the pension system projects it will, on average, earn on its investments.

By paying off most of its “loan” from CalPERS, West Covina doesn’t have to worry about the 7 percent interest, at least for now. The risk: If CalPERS misses its investment target, West Covina’s plan will be underfunded again, CalPERS will treat the shortfall as a new loan and the whole process will start over.

When West Covina considered its deal, the city’s investment banker, Brian Whitworth of Hilltop Securities, estimated that the city would pay 4 percent to borrow. Because CalPERS was shooting for 7 percent returns, he said, the city would save an estimated $45 million.

No one demanded a projection of what might happen if CalPERS did not achieve 7 percent. Instead, Mayor Tony Wu grilled Mr. Whitworth on why he thought West Covina would have to pay 4 percent when El Monte, next door, was paying just 3.8 percent.

The proposal passed, 4 to 1, with Ms. Shewmaker voting against it because she considered the plan a gimmick to avoid putting the matter before voters, who she believed weren’t likely to approve a deal that would increase West Covina’s debt sixfold.

Mr. Wu, now a city councilman, said the city had to borrow, because it was locked into unsustainable pension plans and CalPERS refused to negotiate easier terms. The longtime owner of a mortgage-lending business, he said it was “crazy” for CalPERS to base everything on 7 percent when real interest rates were much lower. But he said challenging CalPERS would be a waste of time.

“It sounds very logical, but it’s not going to happen, because the ones who have power don’t want to lose it,” he said. “They’re going to fight us big time. They’re going to sue us to hell. Their attorneys will go laughing to the bank.”