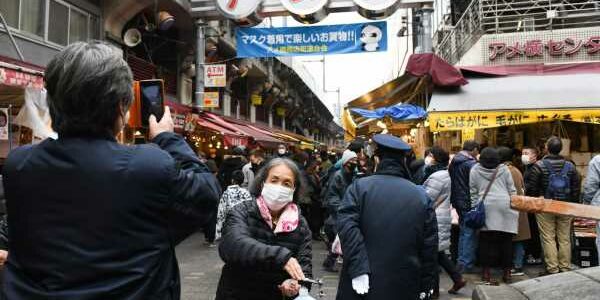 Tokyo’s metropolitan government is set to urge the central government to declare a state of emergency, the Nikkei newspaper reported.

Tokyo Governor Yuriko Koike will make the request directly to virus czar and economy minister Yasutoshi Nishimura on Saturday, the paper said, citing unidentified people with knowledge of the matter.

Japan’s capital reported a record 1,337 new coronavirus cases on New Year’s Eve, as infections fueled by the onset of cold weather showed no signs of abating even after the city stepped up its containment efforts.

Japan’s Stance Against Emergency Appears to Shift as Cases Soar

Neighboring prefecture Saitama is also preparing to make a similar request Saturday afternoon, according to broadcaster NHK, citing those with knowledge of the matter.

Japan briefly enacted a state of emergency during April and May in response to the initial wave of coronavirus cases. Earlier this week, Nishimura said the country could consider an emergency if infections continue at the current rate. Prime Minister Yoshihide Suga brushed past direct questions about it Thursday evening in remarks to reporters.

An emergency declaration enables local officials to take measures such as ordering the cancellation of events, restricting the use of facilities such as schools and movie theaters, and appropriating land or buildings for temporary medical facilities.

Due to civil liberties enshrined in Japan’s postwar constitution, the government cannot send police to clear people off the streets, as has happened in places including France, Italy and the U.K.

Japan Virus Emergency Counts on Citizens to Lock Themselves Down