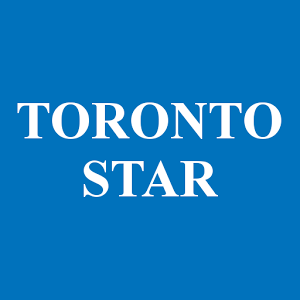 Toronto Star Backs Down From Article Headlines That Slammed The Unvaccinated

The Toronto Star, Canada’s largest online news site, has admitted the headlines fronting an article that spotlighted antipathy toward the unvaccinated was a mistake.

In an editorial on Saturday, the media outlet said it “stumbled badly” with a front page story that spotlighted anti-vaccination sentiments. The front page (see image below) is also circulating virally on Facebook and other social media outlets, fanning the flames of outrage.

The Aug. 26 article has drawn more than 4,000 messages as of Saturday, the newspaper said in an editorial analysis. The media outlet claimed it was attempting to show the  tensions between those who are vaccinated and those who are not.

The story cited an Angus Reid poll that most vaccinated Canadians are indifferent to the unvaccinated getting sick with the virus, with 83 per cent saying they have no sympathy for those who choose not to get the COVID-19 vaccine and then fall ill.

Saturday’s editorial said the tweets were considered “confusing, hurtful and inflammatory to many, many readers,” and said that many readers considered the display “overly provocative and hateful.”

Many readers thought the statements were the Star’s view, like a front-page editorial; others thought it was the headline to the story, the editorial said. It added that it was accused of “inciting” people against the unvaccinated.

“Greater care should have been taken,” the media outlet concluded. 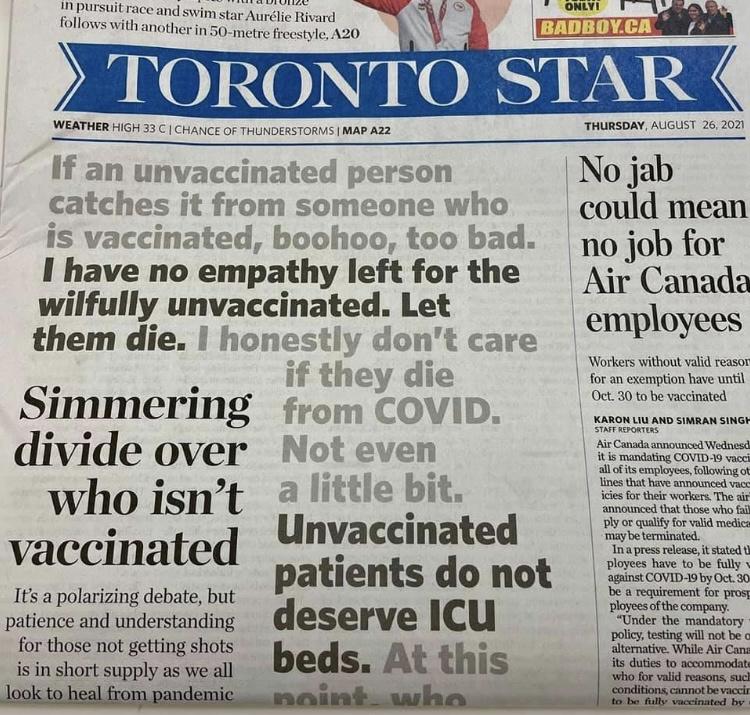