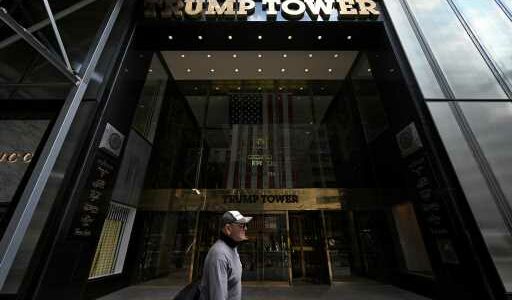 In the arraignment in a downtown New York courtroom Thursday afternoon, Weisselberg pled not guilty to counts including evading taxes on $1.76 million in income.

Read the full list of indictments document here for The People Of The State Of New York against The Trump Corporation, Trump Payroll Corp. and Allen Weisselberg.

A specially convened grand jury returned the indictments yesterday. Weisselberg surrendered himself to the DA’s office early this morning.

Prosecutors in court described a 15-year tax scheme and said the charges include 15 felony counts, including a scheme to defraud, conspiracy, grand larceny and falsifying business records. They aid they have digital drives with grand jury testimony, bookkeeping records, tax records, statements of potential witnesses.

The overarching charge accuses the Organization, its payroll division and Weisselberg of a Scheme to Defraud in the First Degree providing perks to employees including the CFO including free rent, utilities, car leases, tuition, cash and other gifts that were not reported as income.

Manhattan prosecutor Carey Dunne said in court. that “There is no clearer example of a company that should be held” responsible.

Prosecutors asked for Weisselberg’s passport to be taken because they said they believe he is a flight risk. “There is “ample record of travel by private jet, ample means to support himself out of our jurisdiction,” they said.

In a statement Thursday, Leticia James called the day “an important marker in the ongoing criminal investigation of the Trump Organization and its CFO, Allen Weisselberg. In the indictment, we allege, among other things, financial wrongdoing whereby the Trump Organization engaged in a scheme with Mr. Weisselberg to avoid paying taxes on certain compensation. This investigation will continue, and we will follow the facts and the law wherever they may lead.”

The Trump Organization in its statement called Allen Weisselberg “a loving and devoted husband, father and grandfather who has worked at the Trump Organization for 48 years. He is now being used by the Manhattan District Attorney as a pawn in a scorched earth attempt to harm the former President.”

Attorneys for Weisselberg and the Trump Organization, speaking to the press outside New York Supreme Court, called the investigation purely political and said charges against the CFO should properly have bee the focus of a civil case, not criminal.

Weisselberg is the latest in a string of Trump employees and associates who have been charged — and a number convicted — for work with the former president. Prosecutors have been hoping that Weisselberg may help them build a case against Trump himself.

Michael Cohen, Trump’s former fixer and lawyer, told CNN, “Allen will be the fall guy, just as I was the fall guy.” Cohen went to prison after being convicted of campaign violations during Trump’s first presidential run.

Donald Trump said in a statement, “The political Witch Hunt by the Radical Left Democrats, with New York now taking over the assignment, continues. It is dividing out Country like never before!”