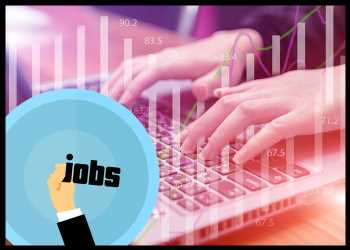 Private sector employment in the U.S. increased by slightly more than expected in the month of September, according to a report released by payroll processor ADP on Wednesday.

ADP said private sector employment surged by 208,000 jobs in September after climbing by an upwardly revised 185,000 jobs in August.

Economists had expected employment to jump by 200,000 jobs compared to the addition of 132,000 jobs originally reported for the previous month.

“There are signs that people are returning to the labor market. We’re in an interim period where we’re going to continue to see steady job gains,” said ADP chief economist Nela Richardson. “Employer demand remains robust and the supply of workers is improving–for now.”

The slightly stronger than expected job growth came as employment in the service-providing sector shot up by 237,000 jobs, more than offset a loss of 29,000 jobs in the goods-producing sector. Employment in trade/transportation/utilities led the advance, jumping by 147,000 jobs.

Meanwhile, ADP said job changers, who have been notching double-digit, year-over-year gains since the summer of 2021, lost momentum in September.

Their annual pay rose 15.7 percent, down from a revised 16.2 percent gain in August, reflecting the biggest deceleration in the three-year history of ADP’s data.

On Friday, the Labor Department is scheduled to release its more closely watched report on employment in the month of September.

Economists expect employment to jump by 250,000 jobs in September after surging by 315,000 jobs in August, while the unemployment rate is expected to hold at 3.7 percent.