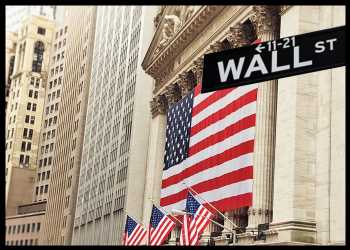 After moving modestly higher early in the session, stocks have seen some further upside over the course of the trading day on Tuesday. The major averages have climbed more firmly into positive territory after ending the previous session roughly flat.

The strength on Wall Street partly reflects a positive reaction to some upbeat U.S. economic data, including a Commerce Department report showing retail sales shot up by more than expected in the month of October.

The report said retail sales spiked by 1.7 percent in October after climbing by an upwardly revised 0.8 percent in September.

Economists had expected retail sales to jump by 1.4 percent compared to the 0.7 percent increase originally reported for the previous month.

Excluding sales by motor vehicles and parts dealers, retail sales still surged up by 1.7 percent in October after rising by 0.7 percent in September. Ex-auto sales were expected to advance by 1.0 percent.

However, analysts noted that the strong retail sales growth during the month was largely due to inflation, as retail sales are reported in nominal dollars.

“Adjusted for inflation, real sales were closer to a 0.1% headline increase and ex-gasoline a 0.3% increase,” said Will Compernolle, Senior Economist at FHN Financial. “The inflation-adjusted spending is still above the pre-pandemic trend but slowing.”

The Federal Reserve also released a report showing industrial production rebounded by much more than expected in the month of October.

The Fed said about half of the rebound in industrial production in October reflected a recovery from the effects of Hurricane Ida.

The Dow is benefiting from a notable advance by shares of Home Depot (HD), with the home improvement retailer jumping by 5.5 percent after reporting better than expected quarter results.

The strength in the sector comes after the National Association of Home Builders released a report unexpectedly showing a continued improvement in U.S. homebuilder confidence in the month of November.

The report showed the NAHB/Wells Fargo Housing Market Index rose for the third straight month, climbing to 83 in November from 80 in October. The increase surprised economists, who had expected the index to come in unchanged.

Software and oil service stocks have also moved to the upside on the day, while tobacco and gold stocks are giving back ground following recent strength

In overseas trading, stock markets across the Asia-Pacific region turned in a mixed performance during trading on Tuesday. Japan’s Nikkei 225 Index inched up by 0.1 percent, while China’s Shanghai Composite Index fell by 0.3 percent.

The major European markets also finished the session mixed. While the U.K.’s FTSE 100 Index dipped by 0.3 percent, the French CAC 40 Index rose by 0.3 percent and the German DAX Index climbed by 0.6 percent.

In the bond market, treasuries have shown a lack of direction over the course of the session. As a result, the yield on the benchmark ten-year note, which moves opposite of its price, is up by less than a basis point at 1.627 percent.