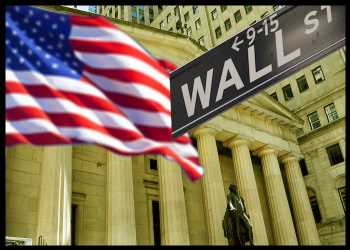 Stocks fluctuated early in the session on Monday but moved sharply higher over the course of the trading day. The major averages added to the strong gains posted in the previous session, with the Dow and the S&P 500 reaching their best closing levels in a month.

The strength that emerged on Wall Street partly reflected optimism the Federal Reserve will signal a slowdown in monetary policy tightening following its meeting next week.

The Fed is widely expected to raise interest rates by another 75 basis points next week, but traders are hopeful the central bank will indicate plans to slow the pace of rates hikes beginning in December.

The optimism partly stems from a Wall Street Journal report suggesting some Fed officials have expressed greater unease with the aggressive pace of rate hikes.

“U.S. stocks rallied as momentum builds on calls that the Fed will be tapping the tightening brakes after next week’s policy meeting,” said Edward Moya, senior market analyst at OANDA.

He added, “Fed rate hike expectations will remain volatile, but expectations are growing that a weaker economy will let the Fed pause their tightening after the February policy meeting.”

Overall trading activity remained somewhat subdued, however, with a lack of major U.S. economic data keeping some traders on the sidelines.

A report on personal income and spending that includes a reading on inflation said to be preferred by the Fed is likely to be in focus in the coming days.

Transportation stocks turned in some of the market’s best performances on the day, resulting in a 2.9 percent surge by the Dow Jones Transportation Average. The average jumped to its best closing level in a month.

Significant strength was also visible among banking stocks, as reflected by the 1.8 percent gain posted by the KBW Bank Index.

Oil, retail and housing stocks also moved notably higher over the course of the session, while steel stocks showed a substantial move to the downside.

Meanwhile, the major European markets all moved to the upside on the day. While the U.K.’s FTSE 100 Index rose by 0.6 percent, the German DAX Index and the French CAC 40 Index both jumped by 1.6 percent.

In the bond market, treasuries fluctuated over the course of the session before closing modestly lower. Subsequently, the yield on the benchmark ten-year note, which moves opposite of its price, rose by 2.1 basis points to a fourteen-year closing high of 4.234 percent.

A reading on consumer confidence in October may attract some attention on Tuesday, although trading is likely to be driven by reaction to the latest earnings news.

3M (MMM), Coca-Cola (KO), General Electric (GE), General Motors (GM), Halliburton (HAL), JetBlue (JBLU), and UPS (UPS) are among the companies due to report their quarterly results before the start of trading.