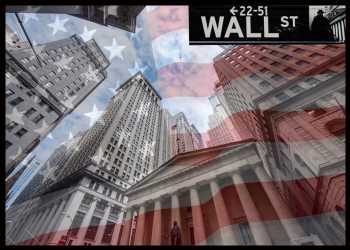 Stocks are seeing modest strength in morning trading on Wednesday, partly offsetting the slightly lower close seen in the previous session. The tech-heavy Nasdaq has climbed firmly into positive territory, while the Dow and the S&P 500 have been bouncing back and forth across the unchanged line.

The modest strength on Wall Street may partly reflect continued economic optimism as the country continues to reopen following the coronavirus pandemic.

Shares of Royal Caribbean (RCL) are seeing notable strength after the cruise operator became the first to receive approval from the Centers for Disease Control and Prevention to begin test sailing in U.S. waters.

Norwegian Cruise Line Holdings (NCLH) has also moved to the upside after announcing the next phase of its planned resumption of cruising across its three cruise lines, revealing plans for eight additional ships to relaunch beginning this fall.

The news from the cruise lines comes amid other signs of the steady reopening of the economy as an increasing number of Americans receive a coronavirus vaccine.

Nonetheless, buying interest remains somewhat subdued as traders continue to look ahead to a closely watched reaching on inflation on Friday.

Reflecting optimism about the economy reopening, airline stocks have shown a strong move to the upside, driving the NYSE Arca Airline Index up by 2.1 percent.

Significant strength has also emerged among housing stocks, as reflected by the 1.8 percent jump by the Philadelphia Housing Sector Index.

Computer hardware, gold and oil service stocks are seeing notable strength, while most of the other major sectors are showing more modest moves to the upside.

In overseas trading, stock markets across the Asia-Pacific region turned in a mixed performance during trading on Wednesday. Japan’s Nikkei 225 Index rose by 0.3 percent, while Australia’s S&P/ASX 200 Index fell by 0.3 percent.

Meanwhile, the major European markets have shown a lack of direction on the day. While the French CAC 40 Index is up by 0.1 percent, the U.K.’s FTSE 100 Index is nearly unchanged and the German DAX Index is down by 0.1 percent.

In the bond market, treasuries are nearly flat after trending higher over the past few sessions. As a result, the yield on the benchmark ten-year note, which moves opposite of its price, is down by less than a basis point at 1.560 percent.