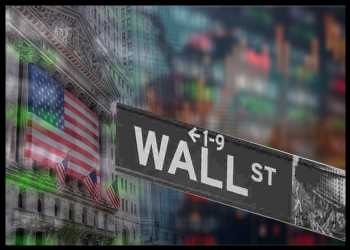 After moving sharply lower at the start of trading on Thursday, stocks have shown a significant rebound over the course of the morning. The major averages have climbed well off their early lows, with the Dow briefly peeking above the unchanged line.

The initial sell-off on Wall Street came after a highly anticipated Labor Department report showed the annual rate of growth in consumer prices accelerated more than expected in the month of January.

The report showed consumer prices in January were up by 7.5 percent compared to the same month a year ago, reflecting the fastest annual growth since February of 1982. Economists had expected the annual rate of growth to reach 7.3 percent.

Economists had expected consumer prices to rise by 0.5 percent, matching the increase originally reported for the previous month.

The annual rate of growth in core prices accelerated to 6.0 percent in January from 5.5 percent in December, showing the biggest jump since August of 1982.

The data raised concerns that the Federal Reserve will increase interest rates more aggressively in its effort to fight elevated inflation.

“These strong inflation data raise the prospect of the Fed starting its tightening cycle with a 50bps rate hike at its March policy meeting, followed by consecutive rate hikes at the subsequent meetings,” said Kathy Bostjancic, Chief US Financial Economist at Oxford Economics.

She added, “If the Fed decides that 50bps is too strong to kick off the tightening cycle, 50bps could be in the cards for the following meetings.”

Selling pressure waned shortly after the start of trading, however, with a positive reaction to the latest batch of earnings news helping to limit the downside for the markets.

Shares of Disney (DIS) are moving sharply higher after the entertainment giant reported fiscal first quarter earnings that exceeded analyst estimates on both the top and bottom lines.

Shares of Mattel (MAT) have also spiked after the toymaker reported fourth quarter results that beat expectations and provided an upbeat 2022 outlook.

Despite the recovery attempt by the broader markets, telecom stocks continue to see significant weakness, dragging the NYSE Arca North American Telecom Index down by 1.6 percent.

Retail, housing and utilities stocks also continue to see notable weakness but have climbed well off their worst levels of the day.

On the other hand, oil service stocks have moved sharply higher, driving the Philadelphia Oil Service Index up by 2.1 percent.

The rally by oil service stocks comes amid a substantial increase by the price of crude oil, with crude for March delivery jumping $1.54 to $91.20 a barrel.

Airline, chemical and banking stocks have also moved notably higher, contributing to the rebound by the broader markets.

In the bond market, treasuries have moved sharply lower in reaction to the inflation data. As a result, the yield on the benchmark ten-year note, which moves opposite of its price, is up by 5.9 basis points at 1.988 percent.