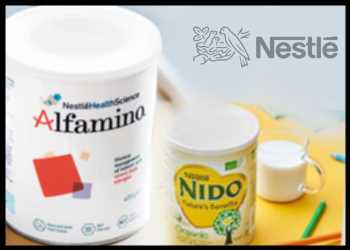 The Biden Administration facilitated air shipment of Swiss-made infant formula by sourcing a flight facilitated by the U.S. Department of Health and Human Services for Operation Fly Formula.

The product will be available primarily through a distribution pipeline serving hospitals, home health companies, and WIC programs around the U.S.

Additional deliveries of Nestlé formula will be announced in the coming days, President Biden said on Wednesday.

In May, the Food and Drug Administration (FDA) announced that the agency was exercising enforcement discretion so that Nestlé can export additional infant formula into the U.S.

In order to address the nationwide shortage of infant formula caused by Abbott Nutrition recall, Biden launched Operation Fly Formula to speed up the import of infant formula and stock enough product in stores as soon as possible.