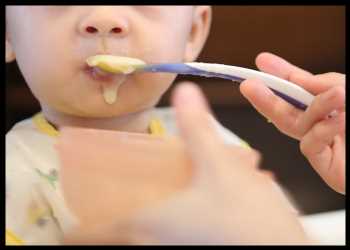 US Military Plane Brings 78000 Pounds Of Infant Formula From Germany

A US military plane carrying 78,000 pounds of baby formula arrived in Indianapolis on Sunday from Germany, to address shortage caused by Abbott Nutrition recall.

The specialty infant formula manufactured in an FDA-approved facility is enough for more than half a million bottles, White House Press Secretary Karine Jean-Pierre told reporters aboard Air Force One during President Joe Biden’s flight from South Korea to Japan.

Typically, the process to transport this product from Europe to U.S. would take two weeks.

Due to the urgency of the situation, the Secretary of Defense approved U.S. military aircraft for this mission on Friday under Operation Fly Formula, President Biden’s initiative that aims to quickly increase supply.

These flights will bypass regular air freighting routes to speed up the importation.

The country has been experiencing widespread shortage of infant formula after a voluntary recall of infant powdered formula by Abbott Nutrition, the largest U.S. infant formula manufacturer, and the subsequent closure of its manufacturing facility in Sturgis, Michigan, over concerns about bacterial contamination.

Families across the country remain concerned about the availability of infant formula, especially those who rely on specialty products that are harder to substitute and some of which are only produced at Abbott’s Michigan facility.

Earlier this week, FDA and Abbott had agreed on next steps to reopen Abbott’s facility in Sturgis. FDA also announced guidance that will allow major formula manufacturers to safely import formula that is not currently being produced for the U.S. market.

Abbott Nutrition can now receive priority orders of raw materials like sugar and corn syrup for infant formula. Constraints in global supply chain for these materials mean that Abbott’s allotment/allocation of these materials have been limited to 75 percent of its normal amount. By allowing Abbott to receive its full allotment of needed raw materials, it will be able to quickly increase production by one third of its current level.