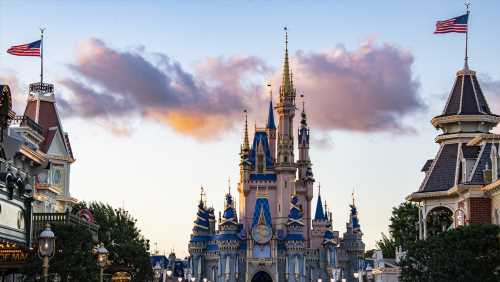 Walt Disney World will start park-specific pricing on Dec. 8. with Magic Kingdom, the most popular, becoming the costliest. Starting then, theme park reservations will be automatically included with one-day, one-park tickets.

Depending on the date, here are the ranges:

Disney’s Animal Kingdom: $109-$159 (same range as today, and the range for all the parks before park before park-specific pricing kicks in)

The highest $189 price point for Magic Kingdom is specifically for nine days around the week of Christmas to New Year’s at Magic Kingdom, the park’s busiest time.

Also on Dec. 8, WDW will update pricing for add-on options, including Park Hopper. The Park Hopper Option and Park Hopper Plus Option will vary by date.

“We continue to focus on providing guests with the best, most memorable Disney experience, and we’re doing that by growing our theme parks with incredible new attractions and offerings. We are also making planning easier with new one-day tickets that automatically include a guest’s theme park reservation and continue to provide a wide range of options to visit throughout the year, including our lowest priced ticket of $109 which has not changed in more than four years,” a Disney spokesperson said in a statement to Deadline.

WDW is also raising the price of annual passes. The Disney Pixie Dust Pass will remain at its current price and is available to buy. Pricing for the park’s other three annual passes will increase between $43 and $100 and that’s only for current passholders since the company has paused sales of the Incredi-, Sorcerer and Pirate annual passes. Disney says it continues to offer passholders perks from merchandise and Disney Resort hotel savings to exclusive in-park offerings.

These are the latest change in a stream of updates to park reservations and pricing that Disney explored with downtime during Covid and has been rolling out. Some fans have called foul, including a pair of lawsuits over blackout dates or hard to find reservations for holders of annual passes. But Disney says it’s now able to manage attendance and demand much better, while still catering to all types of visits from budget to high-end. Disney notes it’s invested more than $31 billion in its parks over the past decade, including on over 150 new attractions over the last five years from Guardians of the Galaxy: Cosmic Rewind, Star Wars: Galaxy’s Edge, Mickey & Minnie’s Runaway Railway and the upcoming TRON at Walt Disney World Resort.

Bob Chapek said recently the days of the parks’ “one-size-fits-all” policy are over.

Disney noted that updates in August has made it easier to modify reservations and book with different types of admission. And it said new feature will let guest cancel dining reservations up to two hours in advance at most locations with no cancellation fee.

Mel Gibson Won’t Be Testifying In Harvey Weinstein’s L.A. Rape Trial After All