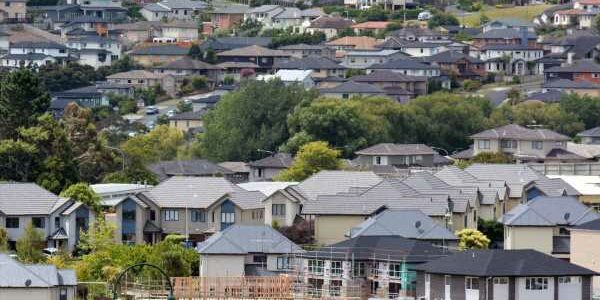 Clampdowns on property lending and government changes for investors are likely to dampen the housing market but the full effect won’t be known until spring, Westpac’s New Zealand CEO says.

Loan to value lending restrictions on bank lending were brought back on March 1 while, in late March, the Government announced an extension of the brightline test and the removal of mortgage interest deductibility over the next four years for investors.

Speaking after the bank’s results were released on Monday, David McLean said there were some signs of demand for investor lending slowing down but it was too soon to tell the full impact of the recent changes.

“There is a natural cycle to it anyway. As we go into winter the market cools and there is less activity. We tend not to know what will happen until the spring housing market picks up again.

“We are going to go through a quiet period and it will be trying to guess where things will end up.”

McLean believes the government’s policy changes will have an effect but says immigration is another big swing factor in the equation.

“To what extent do New Zealanders still want to come back or does foreign travel open up for immigrants? That could be a big swing factor that makes it quite uncertain. But my personal view is the changes the government has made will start to have an effect and so we will see more subdued growth and quite frankly I think that is a good thing because it has been unhealthy.”

McLean said total mortgage applications had been down a little bit of late but that could just have been due to the normal seasonal slow-down.

“If you talk to real estate agents anecdotally they are full of confidence, when you probe them a little bit they say there were fewer properties clearing at auction – there are some signs it has slowed.”

Westpac’s financials also revealed borrowers with 1600 loans worth $400 million were left needing further assistance after the end of the mortgage deferral scheme on March 31.

Of those, 1000 with mortgages valuing in total $200 million moved into hardship arrangements while 600 with a total value of $100m had their loans restructured.

A small, but unspecified number of accounts remained in deferral in April.

At the peak of its mortgage deferrals Westpac had 29,000 deferrals with $6.5 billion tied up.

Those in hardship following deferral represented just 29 basis points of its total New Zealand mortgages by number and 42 basis points by balance.

McLean said those left needing help were just a small fraction of the total number it had on deferral at the peak. While the number of accounts in hardship were higher than pre-Covid times McLean said that had been a boom period in the economy.

“Compared to previous downturns it is very small.”

Westpac New Zealand closed 17 branches over the year to March 31, leaving it with 134 branches although its staff numbers rose 3 per cent over the half-year to 4501 full-time equivalent positions.

Parent company Westpac Banking Corporation has spelled out plans to cut A$8 billion in costs from the business.

McLean said that was more about cutting back on head office costs rather than closing branches although he wouldn’t rule out closing more branches in city centres.

“Closing a branch here doesn’t really save a huge amount of money. It is not really a massive cost saving. For example, most branches closed in recent years we have retained all the jobs.

“It is far more about the fact people just aren’t coming in anymore and trying the match the service to the demand.”

Westpac has signed up to a moratorium agreed to the New Zealand Bankers Association not to close any more branches in rural areas until the end of this year as part of its trial of regional hubs.

But city centre branches closures are still a possibility.

McLean said there were some branches in Auckland that were within a 10 minute drive of each other.

“The role of a branch will change from somewhere you do transactions across a counter to somewhere where you will come for advice or ask for assistance on a curly problem or an issue like how do I save for a house. Those things happen far less frequently and therefore you are willing to travel a bit further to do it.

“It is just the nature of the bank branch going through fundamental change and we are halfway through that. There will still be bank branches but when you think of people queuing up with piece of paper in hand to see a teller – that won’t be the future. It might look more like a Harvey Norman store.”