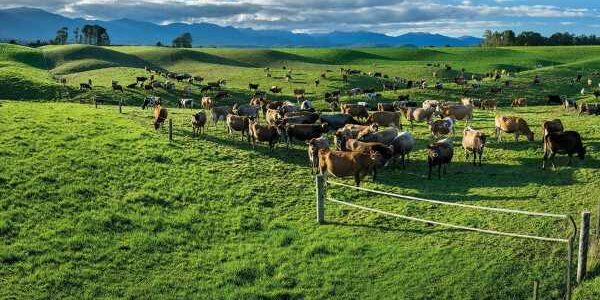 “Similarly, the result means that global dairy prices remain on the front foot heading into the new dairy season,” he said.

After the previous auction late last month, Penny lifted his forecast for the upcoming 2021/22 milk to $8.00/kg.

“The result further cements the bumper gains from earlier in the year,” he said.

“All up, this result is consistent with our bullish milk-price forecasts for this season and next,” he said.

Mike McIntyre, head of derivatives at Jarden, said that while participation in the auction from North Asia was down on the previous sales, a more broad-based effort pushed through some of the “buyer fatigue” evident at the last trading event.

The result suggested there was plenty of unsated demand, he said.

He noted that some milk price forecasts for next season started with an $8 but said Fonterra was unlikely to be so bold when it makes its opening forecast for 2021/22.

“While the prices being achieved on GDT and shown on the NZX futures curve are certainly supportive of just such a forecast I would be surprised if the mid-point of Fonterra’s guidance, due out in three weeks’ time, would be quite so daring,” he said.

Prices a this morning’s Global Dairy Trade auction dipped by 0.7 per cent drop across the board.

But whole milk powder – which has the biggest influence on Fonterra’s farmgate milk price – rose 0.7 per cent to an average US$4,115 a tonne.

Skim milk powder – Fonterra’s second-biggest reference product – lifted 2.0 per cent to an average US$3,433 a tonne.

Buttermilk powder posted the biggest increase – up 14.4 per cent to an average US$4,222 tonne on low volume.

All other reference products fell, with the biggest drop coming from butter – down 12.1 per cent to an average US$5,035/tonne.

The ANZ World Commodity Price Index lifted 2.3 per cent in April to extend its record high.

The increased in the index was driven by stronger prices for beef, lamb, logs and aluminium.

Whole milk powder is now worth 46 per cent more than a year ago, while cheese prices were on a par.

Butter prices are up 34 per cent from this time last year.

The last auction for the current season is on May 19.