Home » Business » WhatsApp Back After Global Outage For Nearly 2 Hours 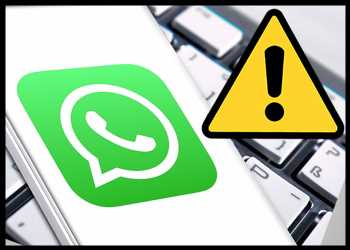 WhatsApp Back After Global Outage For Nearly 2 Hours

WhatsApp services were restored nearly two hours after it went down for users across many parts of the world Tuesday, which is one of the longest outages for the messaging social media platform recently.

A spokesperson for WhatsApp owner Meta said, “We know people had trouble sending messages on WhatsApp today. We’ve fixed the issue and apologise for any inconvenience.”

The outage had a cascading effect on other services offered by Whatsapp. Video calls and voice calls did not connect. Even Status updates feature was not letting users share new posts. However, users were able to access pre-loaded media on the Status feature.

Users began reporting issues since 2.52 AM ET, and peaked at 3.37 AM, when 25702 reports were posted, according to the service status website Down Detector that tracks online outages across the globe.

WhatsApp, which is one of the most popular messaging apps in the world, has about two billion active users across the globe.

WhatsApp Messenger is a cross platform mobile messaging app for smart phones such as the iPhone, Android phones, Windows Mobile or Blackberry. It allows users to send and recieve messages, photos, and other information and is considered an alternative to text messages or SMS.

This is not the first time that WhatsApp stops functioning. Due to configuration change, WhatsApp as well as Facebook, Oculus and Instagram went down for six hours globally last year.